This user has also played as:
Garebear People who change their avatars a lot
4,611 Members 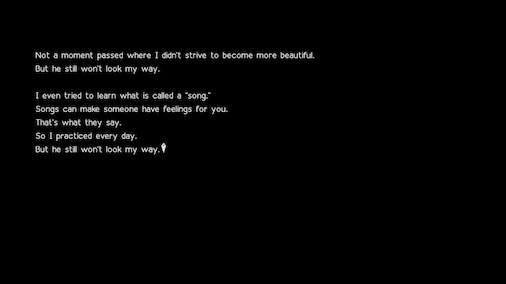 AKIBA'S TRIP: Undead & Undressed
167 Hours played
It's been quite a long time since a game has managed to make me have so much fun playing it, that I had to replay through it again immediately after beating it. Akiba's Trip quickly went from a "spur-of-the-moment" buy, to one that I wish I would've done sooner. The amount of polish this game has is phenomenal. Particularly in the VN aspect of it.

VN Aspect: The characters are 100% voice-acted (which all of the English VAs are amazing, to my surprise! [whoever did Kati's has the cutest voice on the planet]) and their mouths move as they talk. Not only that, but the characters are all loveable, memorable, and most (read: Kaito) are hilarious. Plenty of unique CG to keep your eyes pleased too! The options you can choose from do direct you down the route you so choose, but the not-so-important dialogue choices are hilarious. Typically it's
Option 1: "You're right. We'll succeed."
Option 2: "I've been waiting for this all day!"
Option 3: "BRB. Hot babe spotted. Don't go nowhere."
Even if you don't enjoy the combat or story too much, the VN portion should give you enough fun to propel you forward and to the end. It's that good.

Combat: Probably the game's weakest point, but, in my opinion, not by much at all. The fights are fun (as you progress, you unlock new strip techniques, some of which are so flashy, they made me Lol) and enjoyable. My friend says that the combat format is similar to some other games, and is a bit lackluster in comparison. But to me, it's perfectly fine and fluid enough so as not to make it UNfun. In fact, 1/4 of my time in the game was probably spent just battling random enemies for the fun of it! I dunno. I guess the combat is hit or miss, really, depending on how many similar games you've played.

Story: For a game about stripping clothes off of people/vampires, the story here is pretty well-crafted. I won't give too much away, but I was impressed at the blend of reality and fantasy. It's a real place, but has some fantasy things going on, while not going completely off the deep end. Tough to really say much without spoilers, so I'll just say it's fine, but nothing completely amazing!

All in all, this game REALLY surprised me by how well-made it was. You can tell a lot of hard work, time, and effort went into most everything here. Music's really good (Toshiko Tasaki has some really great battle music in store for ya). The city layout is modeled after the actual Akihabara IRL, and you can recognize some of the streets and stuff if you've been there! Even the finer, not-so-important things like shopping, items/gear, and menus are all really amazingly done and enjoyable. I really can't recommend this game enough, and I fully intend to beat it 100% (which is something I NEVER do in games), going through every route. If you happen to see it on sale, pick it up. You'll probably be surprised like I was at just how polished, fun. and flawless it really is.

PS- XSeed Games, Marvelous, Inc., Acquire... listen here. I'll pay $5-10 for a Kati route. Pleeeeeeeease? DLC, anyone? I mean, JUST LOOK AT HER. How can you put someone so goshdarned BEAUTIFUL AND ADORABLE like that in a game and not make her have a route?! That's just not right!
Leave a comment
Achievement Showcase