This user has also played as:
Taher Othman Years of Service
550 XP
The Rig 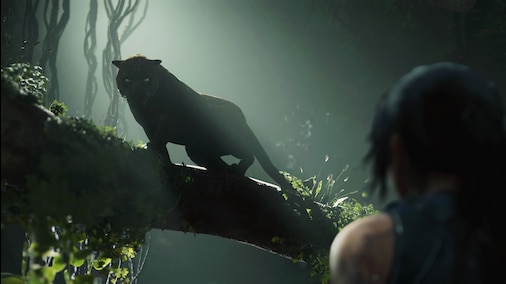 Deus Ex: Mankind Divided™
18.4 Hours played
I asked for this…
Being the first direct sequel to a Deus Ex game, Deus Ex Mankind Divided had a lot riding on it from the great 2011 Deus Ex Human Revolution, so does it deliver? Yes, and it’s an improvement in almost every way. TL;DR version at the bottom.

STORY: Set two years after the events of Human Revolution, which saw the rise and sudden fall of augmentations in people’s eyes. Mankind Divided shuffled the focus of the story from Human Revolution’s ethical questions to augmentations to a more social and political focus, with “naturals” attacking augmented people and hate, racism, extremism, and even terrorism run amok. It is what the game liked to call the “Mechanical Apartheid” with slogans such as “aug lives matter”.

The world changed after the events of Human Revolution, with religious fanatics popping up claiming that augmentations are humans’ way to ascend to the… machine god? Anti-aug movements countered by pro-aug movements that are claimed to have terrorist ties. Mankind divided enjoys having a strong ensemble of characters; well-developed characters that range from likable to outright fanatics. The main villain was a disappointment though.
Our favorite augmented badass, Adam Jensen, left Sarif Industries after the fallout of Human Revolution and joined Interpol’s Task Force 29, or TF29 for short. Adam’s job is to thwart terrorist plots involving augmented people, which takes him to investigate a recent arms deal ambush that occurred in Dubai by mysterious, golden masked augmented individuals. His investigation is interrupted by train station bombing in Prague which shifts the focus of the story to the micro story, the bombing. The story is set in a bunch of locations, including Dubai, London, Swiss Alps, the fictional Golem City, and Prague, which the game is mostly set in.

The game continues setting up the Illuminati threat that was first revealed in Human Revolution’s ending, yet it fails to take it anywhere meaningful, except for a short reveal during the game’s credits! The story seemed cut short with an abrupt ending that felt as if that only acted as the first part of the story, meaning that it was just another setup for a sequel. I don’t mind cliffhangers that keep me suspended, questioning and wanting a sequel, but this didn’t feel like that, it just felt unfinished with too many plot threads unanswered, or a general lack of any meaningful advancements in the grand scheme of things (Illuminati). Also, there is a 10-minute recap video that nicely recaps the story of Human Revolution for those who need it.

GAMEPLAY: Gameplay wise, the game improves upon every aspect from its predecessor. There are several ways to play out each scenario. Ghosting through each level and working your way out using stealth, or going in guns blazing. The upgrades, or augmentations, are tailored to each player’s playstyle. Since the game doesn’t offer enough upgrade points to max out each augmentation, players should carefully consider how to spend their points, which plays out the RPG aspect of the game. Augmentations range from cloaking Adam to go fully invisible for a short time to large hidden blades akin to swords that he can fire on unsuspecting enemies, to even slowing down time “bullet time” style.

The missions were varied and fun, with different locals and a plethora of ways to complete them. There are 17 main missions, but only 15 of them can be completed since two of them are tied to the choices that the player makes which I found it to be a powerful tool that invites replayability. As for side missions, there are 12 of them that range from dismantling a drug ring operation in Prague to solving a murder mystery involving dismembered augmented people. The side missions were a lot of fun, with varied structures and a good supporting cast. Their affect on the main story is minimal though, with only a brief mention of what the player chose in the ending.

Personally, I played the game stealthily, without raising any alarms or killing anyone (even the bosses). The levels and world were designed in such a way that each objective can be tackled in a variety of ways, and the stealthy way was my favorite. Even the stealthy way had multiple innovative different ways to approach each objective. Eidos took every criticism players had about Human Revolution to heart.

GRAPHICS: Visually, the game is a bit mostly great. It has an impeccable amount of detail, amazing lighting and visual effects, impressive character models and textures (especially Adam’s blazer), yet it still suffers from dated facial animations and uneven textures in some places.

AUDIO: Mankind Divided’s sound direction and voice acting is solid, with an ominous soundtrack that reeks of mystery and intrigue and a voice cast that do the job well. Simply, Jensen “asked for this” 😉.

Overall, Deus Ex Mankind Divided is what a sequel should be, an improvement in every aspect of the game. With an exhaustive list of options that are tailored to each player’s playstyle, clever level design, fun engaging gameplay, great voice acting and visual design, Mankind Divided is not a game to be missed. Too bad the story is unresolved and thus was a bit disappointing in that regard.