This user has also played as:
Rick 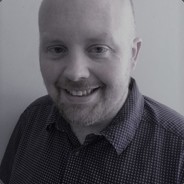 Community Contributor
140 XP
What is Cauda Equina Syndrome?
Click this link [www.rickjanetzki.com] to find out. It may just save your life!
View more info
Currently Offline
Badges  1,663

I live and thrive with a permanent disability, Cauda Equina Syndrome.

About My Reviews
I have never accepted payment for my reviews. This means that I have never written a positive review for any developer or publisher including those who I know in real life for money. However, I have accepted additional keys to provide as giveaways to help market both my (and former colleagues) reviews and the game that we're reviewing. Devs/Pubs have always accepted the risk that at times the final review may be negative or on the fence. I always strive to offer strategic feedback and advice on how to improve the game whether or not it is a positive review and doubly so when it is negative.
Achievement Showcase

XEYYEX
4.0 Hours played
XEYYEX is a retro (80’s) action arcade game that has been inspired by the likes of Pac-Man and Battle City. The game has been developed by feruloxstudios who are located in Bombay, India and who are newcomers to Steam.

Discovering the Game
To be as honest as possible, I was one of many people who received Steam friend requests from the developer’s primary account. Naturally, I always check who is sending me a friend request before I accept. When I discovered that they were a developer my interest was immediately piqued. They dropped me a key for the game in their introductory message and at the very least I thought it would be nice to at least give them a few minutes of my time and play the game. Therefore, I can tell you that I went in without any expectations and all they could hope for was that I enjoyed their game. I was under no agreement to write this review.

Gameplay
Retro gamers will have no difficulty in understanding how to play. The game is self-explanatory. Simply move your character with the bright eye around the maps killing your enemies. Players will need to be mindful of picking up more ammunition (orange and blue rectangular things) and time (clocks) as well as building a score (other things on the map serve as ‘prizes’).

The game offers a bonus life for every, I believe, 5000 points scored while getting the letters to complete E X P L O S I V E will award you bombs. Acquiring duplicate letters doesn’t give you anything or help you get more bombs so they are best avoided until the letter changes.

There are several alternative levels in the game. Instead of the basic killing mobs until you get enough the pink X’s required to advance to the next phase you’ll be eating all of the dots on the screen just like in Pac-Man.
Kudos must be given to the fact that the developers have listened to feedback from their audience. They have modified the game’s difficulty (it was set too high) and have made it a little easier. However, the game is still challenging without being frustrating.

With thirty phases as well as an additional thirty different enemies and traps – each with their own unique patterns and abilities the game offers enough variety so that each phase feels distinctly different. With the edits made to the game the difficulty ramps up very well after an initial learning and comfortability period.

Presentation
The presentation is where the game is most addictive. The game’s visuals have been well decided. Unlike some other games in the genre I didn’t find any of the chosen colour combinations to be glaring. It’s mostly pleasing on the eyes with smart decisions being made.

The developers made additional clever decisions with the choice of music. The tunes played are catchy and capture the retro vibe perfectly.

I don't really have anything of value to criticize regarding the game's presentation. The devs knew what they were creating and did a perfect job in executing their vision.

Replayability
The game has built in replayability. Players must complete each phase to move onto the next one – there are 30 in all - but must also start from the very beginning when you lose your lives.

However, I find this to be mildly frustrating. This is because there’s really no other reason to replay the game at this stage. Thankfully, there are things that can easily remedy this situation. For beginners, they can improve the “score attack” proponent of the game and make people chase an online top score. By doing something as simple as this you’re inviting players who want to be the envy of their friends or of the game’s community should other players want to outdo one another.

Disability Accessibility
The game has full controller support. If you can use a controller then you can play.

Alternatively, the default keys for a one player game are the arrow keys and the L and K buttons. If these keys are manageable to you (you’ll be constantly pressing the L key to shoot with the K key only used for bombs which are in limited supply) then you will also not have a problem.

Unfortunately, I do not believe that the game gives you the opportunity to remap the keys to a better combination. The WASD keys are player two’s keyboard controls.

Honestly, this is the area of the game that I am a little disappointed. This is because XEYYEX is perfect for many more Steam achievements (destroy X amount of X mob, getting X bombs by completing the word E X P L O S I V E (which unlocks bombs!), completing phase X, etc.

Additionally, the game would be better served by incorporating Steam Leaderboard system. This is because not only is the game’s objective to get 10 X’s from killing mobs in each phase (or collecting all the dots Pac-Man style) but it drops enough scoring awards to make it a score attack game. Replayability would be extended past just beating the game if you were to challenge your friends or the world’s top scores.

As a result of Feruloxstudios being a new developer on Steam the system is still ‘learning about this game’ which means things such as Steam trading cards cannot be added to the game. Hopefully the developers continue releasing games onto Steam and develop their brand. This would result in restrictions such as these being lifted and their games becoming more profitable. This is only a good thing because it’s clear that they care about their audience and their game.

Value for Money
As previously mentioned, I did not pay for the game. Unfortunately, with the game only having the one confirmed Steam user review the bulk of the reviews on Steam came in the same method mine is.

Consequently, it’s clear that nobody has purchased the game. It’s a real shame. At $5.95 had I been able to learn about the game and how much enjoyment it provides I would have contemplated a purchase. Ultimately, however, I feel that this is one of those games that will be destined for an indie bundle sooner rather than later. If it is then I’d heartily recommend a bundle purchase and believe that retro enthusiasts would feel that they got a steal here.

If you value the A$5.95 that the game costs as being the equivalent to a cup of coffee, and you got a couple of hours entertainment out of it the game would represent decent value. It’s certainly not overpriced but the game clearly lacks exposure to a bigger player base. Hopefully these reviews help that.

Final Verdict
To be perfectly honest, XEYYEX scratches an itch that I never knew required scratching. I grew up playing games like Pac-Man and Frogger. It is expertly designed to give the feelings that it would have fit perfectly on an Atari.

However, I believe that it is better than many of the legitimate Atari ports that are on Steam. The developers have done well to understand what retro developers did right and did wrong. Although the game isn’t perfect the nostalgia adds to the quality experience.

XEYYEX is worthy of your time and the small investment. Whether that investment comes through an eventual indie bundle or through an outright purchase on Steam I do recommend you play the game. Retro experts shouldn’t hold back!
Leave a comment
Game Collector
5,600
Games Owned
1,570
DLC Owned
328
Reviews
575
Wishlisted
Featured Games

MW2K Aug 7, 2019 @ 2:46am
No, like most others, I didn't know what Cauda Equina Syndrome was - now I know, and I can only hope you're battling through, remaining positive and energetic. From your blog, I'd say you are. Cheers from Peter, just over the border in NSW.