Gaming on an Intel HD 620 for the time being.
View more info
Currently Offline
Badges  67

『 The First Star of the Future 』

Yahallo. I'm just some guy who's been a Vocaloid fan since 2010.

I do Tae Kwon Do mostly cause kicks are fun. I made it just up to Junior Black Belt.
I enjoyed Japanese Martial Arts such as Karate and Judo, but that was a while back.

If I had to pick one favorite show, it would have to be SAO Alternative: Gun Gale Online.
Its about a girl named LLENN who dresses in all pink and loves her P-chan (P90),
My favorite off brand show is Lovely Heart 2 & favorite numbers are 199131. 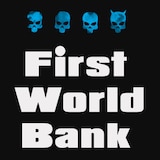 PAYDAY 2
Let's have a nostalgic time boys!
So you want to sneakily take it all for yourself at the First World Bank?
Good, here's a text guide.

(Deathwish and Death Sentence are pretty much the same)
Review Showcase

Sakura Angels
11.4 Hours played
First of all let's get this out of the way.
There is neither nudity nor sex.
There are some ecchi/fanservice scenes, but that's about it.
⠀⠀⠀⠀⠀⠀⠀⠀⠀⠀⠀⠀⠀⠀⠀⠀⠀⠀⠀⠀⠀⠀⠀⠀⠀⠀
Story:
Kenta, a high school student, keeps thinking about monsters which haunt him. When a monster does appear in front of him on his way to school, he thinks it's the end of his life. Suddenly, two guardian angels, Sayaka (Yellow-Brown Hair) and Hikari (Red Hair) appear before him and eliminate the monster who later on transfer to Kenta's school to keep him safe. Their job is to protect Kenta from the monsters. That is the basic setup for the novel.


Visuals:
Compared to Sakura Spirit, this Visual Novel has a similar art style and has some improvements. The lighting on the backgrounds will change a bit so that the picture isn't just "still" and the backgrounds are more vibrant. The fight scenes are more interesting to watch. Something that bothers me is that I wish the artist could draw some people in the background. For example, in school, Kenta states that everyone in the class was looking at the angels, but not a single person is in a desk.

Choices:
You are given choices but most of them just lead to different dialogues that don't effect the story too much. Sometimes, you can choose what you want to know and eventually you will get to pick all the choices.

Sound:
The soundtrack is on a Youtube playlist, but there isn't an official steam release for the music (even though Sakura Spirit did). The main menu them just sounds relaxing. Other than that, the soundtrack fits the tone of the Novel, but I wouldn't really say it is anything interesting. As of 9/8/2015, there is now voice acting (only when certain characters talk).

Should you buy it?
If you liked Sakura Spirit, including the fanservice, you may like this one more. It has a present high school setting and still has some magic to it.
View all 27 comments
Workshop Showcase

DropSudden[IGNSC] Aug 31 @ 5:04pm
I am completely random and had no actual reason, i was just doing a self ritual. but i'd love to talk sometime

Wiikly May 23 @ 7:41pm
Hi there you seem real nice and also commented on one of my artwork images too. :D