This user has also played as:
http://orangestar12.github.io/ That Dirty Monkey
100 XP
"Tell me, what is it you wish to do with your one wild and precious life?"
~ Mary Oliver

Yes, I do keep my wishlist in a specific order.

Quotes
"From the stories, I expected the world to be sad, and it was.
And I expected it to be wonderful. It was.
I just didn't expect it to be so big."
~ Randall Munroe - XKCD

"Well I wrote a song for you,
an it's all about how you died,
and I'll sing my song for you
when the winter months go by."
~ Black Moth Super Rainbow - Dandelion Graves

"Whoever heard of a man gettin' too much poozle?"
~ R. P. McMurphy, One Flew Over the Cuckoo's Nest 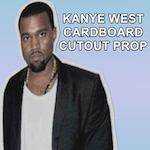 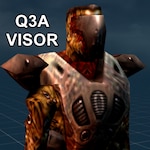 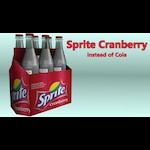 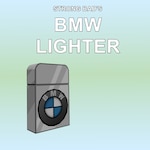 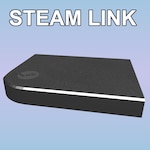 VRChat
423 Hours played
I'm a part of a relatively large server where a dedicated group of regulars have weekly get-togethers. This is especially fun during the COVID-19 pandemic due to the fact that we can't really have social interaction in person. We tend to use VRChat for our get-togethers due to the high volume of content and ways VR players can interact with the environment above all else. Unfortunately, the longer the game has existed, the more unstable and unfun the game has become to the point where I can't recommend it to anyone, and we're now looking for other outlets for our game nights. Here's a small list of issues.

- In lieu of a creator-focused monetization model (like the ones other virtual shared space apps have done, such as Second Life), VRChat has opted instead for a tiered subscription service, gatekeeping features like saving more than 25 avatars (a purely artificial limit) and user avatars behind a frankly ridiculously overpriced paywall. VRChat+ is more expensive than PSN+, Spotify Premium, Hulu, Disney+ and Nintendo Switch Online, and is the same price as Amazon Fricken Prime.
- Frequent server downtimes as of late. Even if I was paying for VRChat+, a service that demands a higher premium than Spotify's subscription service, I wouldn't be able to reap the benefits anyway. Unlike services like NEOS or the now-defunct High Fidelity, all content is stored on VRChat's servers, and I cannot host anything locally, making the game frustrating at random moments when servers stop sending things like friend status or world data. Our friends have coined the term "Zero-byte hell" for states where VRChat is stuck at a permanent downloading screen with no progress and "/0.00 bytes" on the status bar.
- Client and SDK instability. I'm not talking about things like poor performance on worlds or quest avatars being a burden to generate. That's all things you can rightfully blame the content creators for. I'm talking about instances where the client will reliably create bluescreens on my computer in the official VRChat home world mere minutes after booting the game. I'm talking about instances where the whole app decides to stop working with my FBT rig for seemingly no reason. I'm talking about instances where I will join a world friends are in from the Social menu and be put in a completely unrelated world instance, despite the UI telling me otherwise. I'm talking about an extremely clunky UI with no meaningful refreshes in literal years: the privacy options tab is STILL listed as "New!" and "In beta". The recently released "Udon" scripting system has a useless SDK where things like boolean comparisons will reset the values of boolean nodes inside the node system itself, making useless scripts in the process. It's very telling that the best way to use Udon is not with the official VRChat SDK, but with a user-made facsimile of C# using Udon's low-level assembly as a base. How many games have you played where the game is designed for you to browse other peoples creations like Mario Maker, Roblox, or LittleBigPlanet, only for the content creation tools to be USELESS?
- Vindictive approach to client modding. Sure, some mods can ruin the game for other players, and it would be nice if VRChat had a working, robust blocking and security system to prevent hackers, script kiddies and modders from spoiling other people's fun, but VRChat has a draconian no-nonsense approach to people modding their game. EVERY instance of a mod is considered bannable under VRChat's supervision. Quality of life mod that improves the FBT system with a better IK solver? Banned for modding. Utility mod that lets you spawn a LOCAL-ONLY flashlight for horrible dark worlds with no lights? Banned for modding. Used OVR Advanced Settings to do the infinite roomscale trick? Banned for modding even though you didn't modify the client at all.
- The above would EASILY be solved with in-game privacy tools, but votekicks sometimes just don't work, blocking doesn't prevent avatars from being downloaded (and doesn't prevent crashers from crashing!), and the lack of real avatar performance metrics makes a lot of content privacy settings fundamentally useless. Example: VRChat has an option to block rendering of avatars at a certain performance level. The performance levels available, however, are a completely unhelpful "Excellent, Good, Fair, Poor, Very Poor" scale, and the metrics for what is considered "Very Poor" is extremely tight and restrictive. Have a really nice avatar with 2 shaders and about 20k tris but put 3 audio players on it for 3 gestures? Whoops, Very Poor! Compare this to Second Life, which has a very robust filtering system that allows you to generate artifact avatars at a specific distance to you after a specific number are rendered, and allows you to filter avatars at a specific numerical polygon count that you specify.
- ZERO transparency from the developers for any of this. Developers do not address any issues whatsoever in any meaningful way. What's causing the server downtime? Issues. When will it be mitigated? No clue. Why are we getting client patches with no changelogs to solve what is supposedly a server issue? Crickets. Why did the unmentioned update get rolled back almost immediately? Why doesn't the Udon SDK work, and why do people have to use Udon Sharp? You showcase worlds made with Udon Sharp, do you approve of it? Why don't you guys comment on any feature requests? Why does your main focus right now seem to be not on anything related to working on the client, and instead seems to be on marketing VRC+? Why are features still in beta after years? Why are KNOWN bugs left to languish for years? Quite frankly, it's disgusting that these developers think they can nickle and dime us, and not actually give anything meaningful in return. Because I need to make a comparison or someone will tell me I'm not giving the developers a fair shake, this game has had these issues for YEARS with no monetization plan besides enterprise funding and there's been no headway. Meanwhile, NEOS, which is relatively much newer by comparison, has been doing massive reworks of things like UI, performance, and Desktop player experience to improve their service under both a Patreon crowdfunding campaign and an in-game currency system for rewarding creators.

I still enjoy this game. I will still play this game. I will join in if people ask me to talk to them in this game. I enjoy seeing what people make for this game. Despite all of this, I must beg and plead with you and EVERYONE I talk to. Do not give this game any of your money. Do not pay for their subscriptions. Do not even do it for a laugh. You will regret it. Don't learn to create content or games for the service. The skills you learn will be so niche so as to be nearly useless and the whole thing works like a vampire. There is no content in this game if not for the creators, and it barely treats anyone with enough respect to make it worth learning, let alone does it the creators with respect.

Edit March 11, 2021:
I feel it is required for me to add an explanation for VRChat's recent notifications that they've been sending out.
Today, they've sent out this announcement.[i.vgy.me] It's huge, and does in fact include one helpful piece of information: that the company is launching a status page to tell when servers are having issues. However, despite just how much text has been put into this announcement, it still doesn't specify what's causing the issues. This announcement is indicative of just how much VRChat works to try to placate people rather than working. They say nothing, and pretend they said everything.

Edit March 27, 2021:
I made a consolidated list of responses[orangestar.neocities.org] that I've been making to comments on this review.
View all 28 comments