This user has also played as:
Chris K 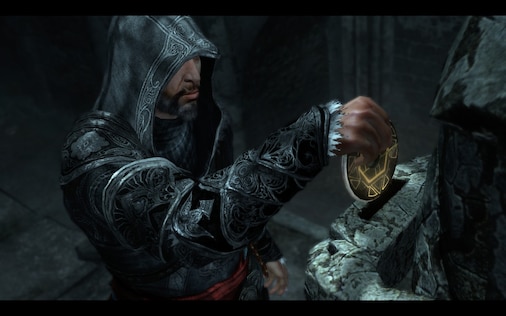 Installing Half Life 3 on the Ye Olde Steambox Alien: Isolation
23 Hours played
In space, no one can hear you scream; but in my house, my wife heard me scream several times. Man screams, obviously.

Alien: Isolation is the very definition of Survival Horror drawing it's influences from one of the best survival horror movies in the history of cinema - Alien. Creative Assembly (a studio best known for Total War games) has managed to create one of the most atmospheric immersive game world's I've ever experienced.
Even if you've never seen the Alien movie, this game will draw you right into the it's world with some of the best lighting and soundtracks I've ever experienced in a game. It's even more of a bonus if you have seen the movies, as you'll be drawn into a world that seems familiar... perhaps too familiar, as I found myself totally drawn into the game yelling out 'NOOOO!' whenever I was attacked by Alan, the French sexpest Xenomorph.

In fact the entire mythos of the Alien haunts you throughout the game, with the level of expectation and suspense building up almost constantly.
The OST ques and motiffs drawn from the original Jerry Goldsmith OST, only the music is static it's dynamic and swells and ebbs with the action. There were times when the music was pounding causing fear and panic, and the Alien wasn't even on the screen. If this game doesn't win an award for it's OST and Sound Design than I'll be lost for words.

There are some issues with the game, such as the pacing. I felt as though a few chapters stretched the game out longer than it needed, even if they were designed to allow you to rest and regain composure after some hectic momenets. Yet, I don't feel it ruined the game.
I'm trying to avoid going into too much detail as I don't want to ruin the game, as ultimately this is a game best experienced; played in the dark with headphones on with the screen a foot away from your vision. Go in blind and enjoy.

In short - an amazing experience for Alien fans and perhaps one of the true great Alien games available today. It really captures the essence to the Alien movie in both spirit and gentle nods. Might be a frustrating experience for some, who don't understand the aura around the creature stalking you.

Genicode Dec 24, 2020 @ 5:30pm
May this Christmas bring smiles at your doorstep joy in your heart and love and togetherness of friends and family in your home! Stay safe all the time! :)

Genicode Jan 4, 2020 @ 3:21am
I wish for you the New Year to be better than previous.
Wishing every day of the new year to be filled with success, happiness and prosperity for you.
A lot of energy, a lot of goal achievements, a lot of determination. Full of motivation and good vibes.
I wish you EVERYTHING best for you my friend!

Genicode Dec 24, 2019 @ 4:09am
I hope you enjoy a wonderful Christmas! Peace and joy to you and your family. Everything best and a lot of good feelings! Have great time! :)