This user has also played as:
Tobias Linder 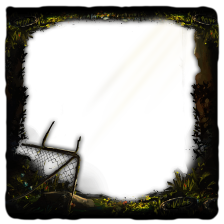 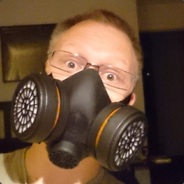 Axiom Verge
27 Hours played
tl;dr This game is an excellent successor to the Metroid style platformers. You should get it if you liked those.

Wow, where do I even begin? I installed this to see how it was. Here I am, 13 hours later and I binged it. Played it in two 6-ish hour sittings because I couldn't stop for anything but falling asleep. There's a lot to talk about with this game, both good and bad.

Gameplay
This is the meat and potatoes of the game. This is what's going to keep you occupied for most of the time, so it's important that this works well. It does. I've found very few situations where I was annoyed or bored with the game. The shooting feels great and suitably difficult and kept fresh by the insane variety of weapons and tools at your disposal. I particularly enjoy that each weapon more or less seem to have a specific playstyle and enemy type in mind, which keeps you varying up as the game goes along. There were a few I simply didn't find useful at all, being the Nova (which you get very early), Firewall and Multi Disruptor. The only thing that stood out to me was the grappling hook. Yes, I'm spoiling that because the grappling hook exists in every Metroid game ever, so it's not a big deal. It doesn't act like other grappling hooks and that threw me off a lot and it took me about an hour of gameplay to get used to how it works and its quirks.

Enemy variety and difficulty
Enemy variety is good, although you keep crossing back through several areas multiple times, and this is where enemies can become very familiar after a while. There's also not really that many different types of enemies. You have wall crawlers, static sentries, chasing sentries and different kinds of flyers. But their art style, sound and attacks keep them from becoming stale regardless.

Bosses are suitably huge and while the first boss is a real pansy, they quickly become trickier and trickier to the point where you sometimes completely fail to understand how to beat it until you've tried different tactics.

Enemies are suitably difficult and as you ramp up in power with new weapons and strength, so do the enemies. I found that towards the very end of the game enemies became really difficult and I found myself dying a couple of times to certain rooms. This can frustrate some players, but I found it to be enough to simply press on. The game also allows you tools to explore ahead of you and deal with dangerous threats without really putting yourself in danger, on occasion. It's however incredibly easy to forget you have these tools.

Exploration
I have rarely found a game that compels me to explore so much as this game. While the storyline is fairly straight forward in where you need to go and what to do, this opens up later in the game, but I never felt I was stuck wondering what to do. I always knew almost exactly where to go next to progress the story, and when I didn't feel like doing that or I got a new tool I felt the urge to go back to older areas and explore and see what new areas I could visit with the help of the new tools. It's absolutely awesome in that regard. It rewards exploration greatly. My only complaint would be that some puzzles were perhaps just a little bit too obtuse, requiring me to really use my head. When a game makes me take out my notebook and start deciphering messages, it's a good game.

Tools and abilities
I won't spoil any specific abilities you get in the game as I felt they were an incredibly refreshing array of abilities that I quite frankly haven't seen much in this kind of game. Usually what you get is the basic double jump and perhaps a dash and that's it. This game allows you to explore and manipulate the environment in such a way that you quite often forget just how much freedom you really have, and get stuck on a simple puzzle because you forgot you had this awesome ability that would let you pass this obstacle, because other games wouldn't have let you do that. It's definitely one of the games' great strengths, and also perhaps a weakness. Because, as I said, more than once I ran around lost because I forgot that the game allowed me to do things other games wouldn't and therefor I didn't think of them.

Graphics
This is a matter of taste. Some people can't stand the SNES style graphics and I respect that. However, I found them to work excellently for this game, and overall I found most areas to be distinct and creative, matching with its enemies. I have nothing to complain about here. Everything looks crips and colorful and effects are nice and easy to digest.

Sound and music
Sounds were very distinct and I could quickly learn what meant what, which is a good thing from these types of games. Usually sounds can be confusing, but I found every sound to be familiar after a while, which meant new sounds stood out and made me stop and wonder what that was. Music was really great and I liked almost every track with few exceptions. It has a chiptuney electronic soundtrack that fits the graphics style and the dark story perfectly.

Story
I grew up with the IBM 5150 and later the NES as my go to computer and console gaming as a child, so perhaps my expectations on a story are somewhat lower than others. Back then most games had a throwaway story, fitting on one page of the manual. It was all about the gameplay. This game surprised me with having a very Flashback-y style story with dialogue and I was really surprised to find myself being drawn in and wanting to know more. The world is simple, but crafted very well and the story is really very basic once you've seen it all. But the way the story is told keeps you guessing and wondering. On more than one occasion I admit to have been "mind blown" over how the story progressed. In spite of it being so it was still easy to follow and it really kept me wanting more.

Settings
The game has fullscreen and windowed mode, as well as graphics scaling to allow you leeway in the size of the window, should you go for windowed mode. Sound and music have separate sliders. Controls are rebindable for both controller and keyboard. The game allows you to use either a list or a selection wheel for weapons.

Length and conclusion
The game took about 13 hours from beginning to end from me and that was with a lot of exploration and running lost looking for secrets (yes there are secrets). I can easily see someone spending 20 hours on a single playthrough with sufficient exploration. But looking back at it I could probably have rushed through the main story in 4-6 hours if I wanted to. It's a great testament to the game that it kept me engrossed for so long in spite of being comparatively short.

I heartily recommend this game to anyone who likes weird, dark, sci-fi stories and platformers of old. It's not an easy game, nor is it forgiving. The puzzles take some real thought and it will put your platforming skills to test. But it's a great little game and when I see it was developed by a single man I am more than impressed.
Leave a comment