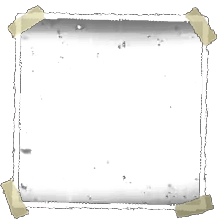 Not Recommended
0.0 hrs last two weeks / 365.0 hrs on record (0.3 hrs at review time)
This game is meant to sell, not play. They invested all of their efforts into things like pointless weather effects and completely unnecessary scale so they could use them as selling points instead of investing in gameplay. And because of that ridiculous scale, they decided to throw in as many vehicle as possible without thinking of balancing them, Again to use the spectacle as a selling point.

They swapped classes, a battlefield staple, for specialists because they would be easier to monetize. They got rid of so many great details and gameplay additions from old battlefields, so they could focus on making the game more sellable, not playable. They practically got rid of all sense of community by getting rid of voip, scoreboards, clans, and all chat.

And not to mention how absolutely horrible the performance is. I am fortunate enough to have a pretty solid pc, i get constant stutters ranging from 50 to 90 fps on settings meant for performance. I cant imagine how they expect people who have been getting screwed over by scalpers from getting components to play this game.

The ONLY redeemable thing about this game is portal. It offers a great nostalgia trip and has a lot of potential. Unfortunately since people went straight to abusing it which i have no clue how dice didn't see that coming, its basically impossible to level up with right now.

I could honestly go on but i think the part that is the most disappointing thing about all of this is that this game was labeled as "a love letter to fans" before it was even revealed, yet here they are ignoring feedback on what fans want.
Do you recommend this game? Yes No
Cancel Save Changes
Was this review helpful? Yes No Funny

JimJam ༼ ･ ͜ ʖ ･ Jan 18 @ 1:16am
Since this update you have literally spent 1/4 of your life playing this game. Fuck off hahahahahahahahaha

Agesilaus of Sparta Jan 13 @ 12:30am
@SOUSWOLF because if somebody doesn't do it, you asshats will complain, "HUR DUR! YOU BARELY PLAYED THE GAME SO YOUR NEGATIVE REVIEW IS INVALID!!" Just shut the fk up.

SousWolf Jan 9 @ 7:10am
What kind of life do you have where you spend 365 hours voluntarily on something you hate?

Attaboy Jan 3 @ 12:20pm
I mean like...when will people learn to not buy before release? Specially when you know its a company like EA. They don't give a shit about any of you. All they want is make promises so they can get your money. Only politicians are worse. Last time EA actually made a good game....shit i cant remember tbh. Stop buying their games, stop buying preorder in general and most important, STOP buying from the big developers. Teach them that if they want your money they gotta work for it harder than a w**** on christmess!

Wulfen Dec 27, 2021 @ 7:32pm
I have issue with Portal being a "saving grace" for this game. Why bother playing a limited version of past Battlefield games when I can just play THOSE Battlefields instead?

you have 365 hours played dude. how the fuck is it not recommended? if you played for 365 hours.

Dryspace Dec 25, 2021 @ 10:36am
@Agesilaus of Sparta Your reply to @eternal is a complete non sequitur. There is a post-shareware invention called the 'downloadable demo'. These used to be common. The greatest games ever made had them (and still do).

A company has no reason to release a demo when the majority of the market rushes to throw top dollar at a game before it even exists.

When you pay for promises, you almost always get exactly what you pay for...
< >