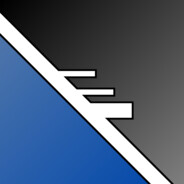 Years of Service
400 XP
Welcome to my profile. Due to the scamming epidemic and such, I don't accept many friend requests.

I have lots of outdated reviews that I need to revisit.

Team Fortress 2
3,324 Hours played
EDIT: After the seemingly successful #savetf2 movement on Twitter, Valve has released a few updates to the game. Many of the changes are bug fixes, but there have also been some measures for curbing the bot issue. Whether this goes anywhere will be seen in the future.

Team Fortress 2 is my favorite game of all time. The game has played a massive role in my upbringing, both online and in real-life. I will always remember launching the game after getting home from school and finishing my homework; I spent multiple hours every evening getting frags, capping points, and having dance parties. My Steam library grew to cover an expansive selection of games, but TF2 was always there, ready to be played.

Recently, TF2 has been facing its most challenging era yet. With every year that passes, Valve seems to pay less and less attention to the game. And I don't think we can blame Valve, as TF2 is not a game that can last forever, and perhaps they never intended for it to last as long as it has. With the lack of constant updates and the ongoing bot crisis, this game doesn't have much time left. The last players will inevitably log off.

However, that doesn't mean you still can't enjoy it. After all of these years of hardship, TF2 still boasts one of gaming's largest communities, as well as a high player count that puts some of today's most popular games to shame. Just hop on a community server, such as the popular Uncletopia, and I'm sure that you'll have loads of fun that will last for hours. Plus, you may meet someone that will put a smile on your face for the rest of the day.

An anonymous player once said that TF2 is "the most fun you can have online." It's been many years since I started playing this game, and despite everything that's happened, I still enjoy it. As while I've moved on to other games like Foxhole, Barotrauma, and Valheim, I'll always remember the game that started this passion of mine, all those years ago. I'll never forget how it has changed my life.

TF2 is an amazing game, and you can be a part of its twilight years if you give it a chance.
Leave a comment