This user has also played as:
Leafstar 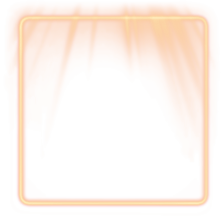 Rathalos
500 XP
Hi there fella and welcome to my profile.

First off, I am not adding people with private profile.
My weapons and miscs are keepsakes of the glorious times of TF2 I experienced with my friend. Therefore they are NOT for sale. 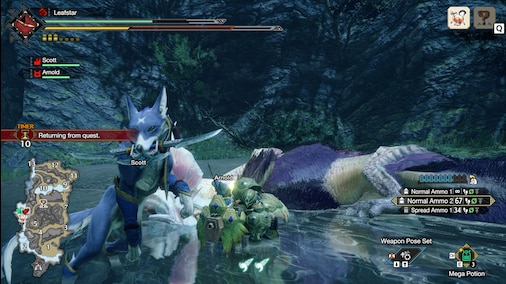 At it again :D
+ 50
Achievement Showcase

Wasteland 3
40 Hours played
Update 28.12.2020:
The developers redeemed themselves and created a wonderful masterpiece of a game. My friend got me back into it and we are having a blast. The game feels way more optimized than before and most bugs are seemingly gone. Upgrading my rig by replacing my SSD with a NVMe drive wasn't the worst idea either.
I still don't like the character-throwaway-mentality, but I guess, they keep it for the immersion. I found my way around this problem by simply knowing, what to skill in the first place or looking up working builds.

Let me give you some advice/beginner-tips for this rather harsh world of wasteland 3:
- Design your characters around their quirks, if you choose to have some. They have an enormous impact on your play-style and should be the first thing you decide. Avoid using your "death wish" character without armor as a melee/shotgun tank.

- I recommend maximally investing in 1 weapon skill and 1-2 environment-skills simultaneously. It's better to master a skill rather than being a jack of all trades. Weapon-skills aren't as important as I originally thought and you should probably only level them to unlock their advantage-skills and avoid usage-penalties due to being too low.

- Some environment-skills feel like they are used more frequently than others. Based on that, I suggest, that you get at least someone with Nerd Stuff, First Aid, Lockpicking and Mechanics respectively. (Don't put them all on 1 character)

- Some environment-skills add stat-modifiers, which tie in better with certain weapons.

- Don't feel bad, if you don't meet all skill-checks on your first play-through and see it as a reason to replay the game, since it's very enjoyable now.

- Diversify your choice of weapons between your characters. If you run around with an army of sniper rifle guys/gals, you are going to run out of ammo and have a bad and especially expensive time. Keep in mind, that your party shares its ammunition. That being said, use your character's primary weapons, well, primarily.

- Explore everything you can. (This should be a no-brainer)

- Some dialog options sound more aggressive than they are. It's a post-apocalyptic world and most NPCs seems to have grown thick skin.

All in one I want to stay true to my original review and I can recommend this game now with good conscience.

Finally I want to apologize to the devs for my rather aggressive tone in my original review, but I really hate long loading times, but they ultimately did a great job on fixing that. I would even recommend this game at full price now.


Old review (OUTDATED):
Update 1.1.2:
The loading times are now way better. I will probably give this game another go in the future.

Original Review:
The combat is fun and the voicing is great, but sadly that are the only positive things I could come up with.

Technical Problems
The game crashed once in the loading screen segment while I was traveling to the workshop in colorado springs. It saves automatically bevor moving to a new location. So it wasn't that bad.

The loading times are frankly said terrible. It's even worse, when you have to commute back and forth between two locations multiple times for the sake of talking to a npc. The game is installed on a Samsung Evo 850 SSD. It might be a little bit dated, but it still loads all of my other games really quickly. Other than that the transition between character-, inventory- and the other screens also doesn't feel great and at times really laggy.

Gameplay Problems
Why do I have to recruit a new character to respec (or rather replace) my current one? Why can't I just "retrain" my character? How should I build a connection to a character, if I have to dispose him, when his stats don't fit the current situation?

This leads me to my next point. I feel like I have to dump all of my skill points into exploration skills to not miss out on anything, since the required skill levels in colorado springs are already pretty high (4-5+) and eat up more than half of my available skill points.

Conclusion
All in one, I am not too happy about my 60€ purchase and will probably set this game on hold, until at least the loading times are fixed. I suggest, you wait with purchasing this one until most problems are fixed.
Leave a comment
View all 27 comments < >
Comments