This user has also played as:
Kelly #GamersRule (Review Invitation for Developers & Publishers)
As a Staff Writer for LRK Gaming, my writing has been featured by several gaming websites, blogs and Curator pages here on Steam. If you're interested in an objective, well-written review, live streaming event, or developer interview for your game, please feel free to contact me here on Steam. Freelance game testing and text/dialogue editing services also available. Email address provided upon request.

Follow me on Twitter or join us on the GamersRule Discord [discord.gg] for live stream events showcasing talented developers and hidden gems. 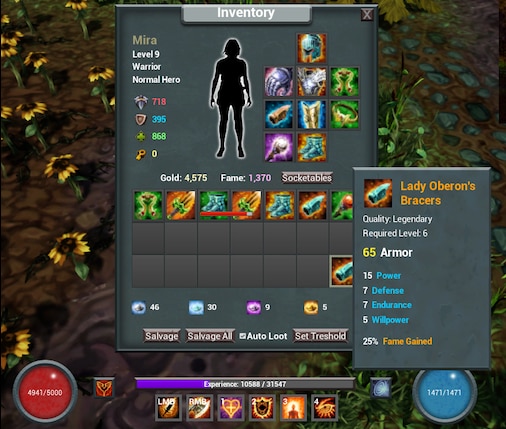 Hollow Knight
263 Hours played
Hollow Knight is a truly ambitious metroidvania released by small indie developer Team Cherry in Adelaide, South Australia. Hollow Knight includes many platforming elements as well as an ARPG feel and looting mechanic, all in a side-scrolling presentation. From the beginning, the player is overwhelmed by the magnificent hand-drawn art, unique style, and darkly contrasting color palette. This glorious world of bugs is overflowing with originality, and well, it’s just pure “eye candy.”

Sooner or later, the player will find that what felt like wide open space, narrows a bit, because it’s discovered that items or abilities are needed in order to progress from one area to another. Backtracking will become a staple until the player figures out what’s missing or meets the requirement to progress into the new area. For some players, this is frustrating, but for others, it’s exhilarating, a true adventure. Finding each area’s “cartographer” to unlock the map for the area will be essential. One of the most jaw-dropping moments for me as a gamer was to view the massive scale of the pieced together map for the game world once every area had been mapped; it was truly awe-inspiring.

Through the course of gameplay, one encounters a multitude of majestic and downright ferocious-looking bugs. The imagination leaps right out of this marvelous world and drags the player right down into this thoroughly encompassing environment. From the shapes and colors to the music, it all creates a fantasy world like I have yet to experience anywhere in games or literature ever before.

Spelunkers and treasure hunters will enjoy delving into the depths of this truly massive game world while adventurers and explorers will find a metric ton of secrets, that is, if they’re paying attention. Environmental cues abound, so the player will learn to use and/or hone observational skills during the course of gameplay. From the sound of walking, flying, or running water to the pace of the accompanying musical tracks, absolutely everything feels deliberate.

It is a true rarity to find a game that is this enjoyable, especially one built to such a massive scale and crammed so full of genius, so it may come as a surprise to learn that even above and beyond all of that there is an extremely well thought out storyline. The player wants to learn about these creatures, most importantly the hollow knight and the masked hero, and to discover how this world came to be in its current state and what will become of it.

It’s impossible to encounter every variance on one playthrough. There are certain charms that may lock out others if obtained in a particular order, NPCs that are to either be saved or killed, hidden areas, “secret” NPCs, collectibles to be found, grubs to be “freed” and up to 4 different endings. With all the hidden pathways, secret areas and hidden dialogue options used to discover the lore of this world, it’s an amazing amount of content.

Combat is fluid and balanced, and the upgrade method is as close to perfect as I’ve ever seen. From the main weapon (nail) upgrade mechanic to the collection of charms, each has its own mechanic, use, or benefit. Enemy bugs possess unique strengths and weaknesses as well as their own attack and defense systems. Timing is essential for a lot of these battles, so don’t be discouraged if your character dies frequently while you figure that out. There is no permadeath or loss of items and upgrades with Hollow Knight, so you are free to “die, die, again” until you get it right.

Hollow Knight sports full controller support, and it is indeed smooth. A controller is definitely recommended for the game, and I had no issues with either the Xbox 360 or Steam Controller. Bosses can be truly brutal, so to that end, I’ve created a playlist to help you with some of the most challenging areas, bosses, and grubs.

There is also a fast travel mechanic accomplished by the stagway and railway systems and a separate storyline involving the stagway system, so you won’t want to neglect these. Fast traveling will save a great deal of time as you revisit areas to reach or access something you couldn’t before.

I did encounter just a couple of oddities or glitches that have been added to the #GamersRule “Hall of Weird.”

However, with this amount of content, I would have been concerned if I hadn’t encountered at least something while exploring the world of Hollow Knight. It’s mind-boggling to me that Team Cherry created such an enormous game world and that it’s as close to perfect as this one appears to be. I have over 260 hours in-game, and yet I still have more to accomplish thanks to the upcoming update sometime this month which introduces a new method for fast travel (Dark Gates) and new bosses. I have a feeling Team Cherry isn't done with this world quite yet, and we may even see an expansion or sequel in the near future. This reviewer sure hopes so. Until next time.

This review has been featured by LRK Gaming: https://lrkgaming.com/hollow-knight-review/

Please take a moment to share, sub or follow if you appreciated or found this review and/or the accompanying videos helpful. :)
View all 17 comments
Rarest Achievement Showcase 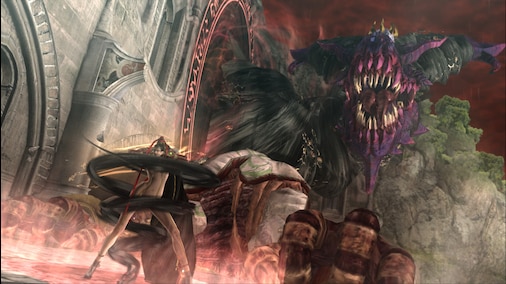 Told ya! (I don't think I could have captured a better screenshot if I'd tried)