This user has also played as:
Jeremy Sugar Rush
100 XP
I DO NOT ACCEPT REQUESTS FROM USERS I DO NOT RECOGNISE. If you know me and your Steam appearance differs from how I know you elsewhere, let me know that you are going to add me before you do. Due to a recent increase in scam/phishing accounts I will immediately block any strangers who send a friend request without notifying me elsewhere. If you don't know me elsewhere but wish to contact me, leave a comment on one of my screenshots or artworks etc here on Steam regarding why you want to add me.

Comic artist and gamer. Shy but not antisocial. Knows of but doesn't apologise for his oddities. Slightly bitter about having to grow up. In love with and married to Mollfie.

(Also, I am not a girl, just think they make for pretty avatars).

If you like my art, check out my deviantART [jezmm.deviantart.com] or art tumblr [jezmmart.tumblr.com] for even more!

TF2 TRADERS: I will not be willing to trade my Bill hat; as a huge L4D fan it has sentimental value to me, almost like owning a piece of "digital merchandise". Thanks.

If I do not respond while in-game please do not be offended, I may simply have notifications turned off so as to not interrupt an atmospheric/story-driven game.

I used to mainly play Left 4 Dead on here with close friends in a group known as "Ninja Force 3" (which eventually became a legacy title that we used regardless of how many of us were actually playing).

I will always most treasure my time spent playing with my best friend Audi, who we sadly lost to depression in 2012. None of the games, or of course, life itself, has been the same since she died. I'll always treasure the wonderful times and memories we made together and we will always love and never forget her.

Despite this sadness I associate with Left 4 Dead, it remains one of my favourite games. While my passion for it dwindled with it as Valve's own did, I may still be up for the occasional game, so never hesitate to ask.

I'm a little into Phantasy Star Online with Level 75+ characters on the Japanese PSO2 servers (Ship 2). I don't play much PSOBB these days due to having to start over on Ephinea after SCHTHack shut down, but I do have an account and a Level 20+ character there. Lemme know if you want a game on either.

I'm a huge fan of Half-Life 2, Portal and BioShock, as well as several indie titles.

Additionally I also adore the Mario/Sonic franchises, as well as several other Nintendo IPs.

You can also find me on Wii U and 3DS. Let me know if you want to swap details.

Online I primarily hang out on tumblr, deviantART and The Sonic Stadium Message Board. You also might've seen me on SonicAnime.net , Steam Users Forums for Left 4 Dead, and L4DMaps. I'm "JezMM" on all these sites.

I demo all of my source games in case of lulz and will upload those lulz to youtube if the motivation strikes me (though rarely have as much motivation for this as I did back in the L4D glory days).

Outside of gaming I mostly draw, with a focus on pin-up girls, fan art and humour comics.

I Are Ninja
10 Members 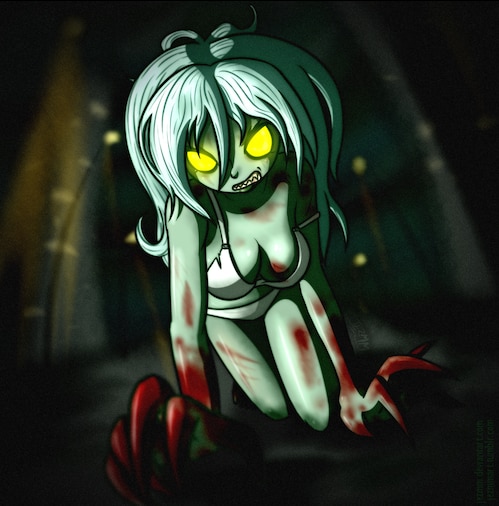 McLovin420 Feb 17, 2013 @ 8:22pm
What if I told you... that you can play the original Mario Brothers arcade game, while playing Super Mario Brothers 3 for the NES, in the Super Mario All Stars remake, run on an SNES emulator for the Wii, using a Wii U emulator, in a Windows virtual machine, running on Linux, inside the matrix?

.JezMM May 26, 2012 @ 9:43am
It's sadly true. She never once said she disliked you, she just didn't bother re-adding you after a big friends list cleanout she did, figuring if she was gonna play with you it'd be through me being invited and then inviting her anyway etc etc. Don't get too hung up on it.