✯Azulee✯
Last Online 2 days ago
A Little Info About Me!
Hello everyone, and welcome to my Steam page! :D I'm Iido, a fluffy kitty who's super into gaming! Don't be afraid to message me if you wanna talk, I don't bite! ^^

Gaming is pretty much my biggest hobby, and I tend to be doing that when I'm not doing anything else. My favorite game genres are action, action-adventure, adventure, horror, and RPG, mainly action and turn based RPGs. :3 But that doesn't mean I'm completely alien to other genres. I also do game playthroughs on Youtube with commentary (Let's Plays), the link is below if you want to check those out. Below are the games I'm currently playing. 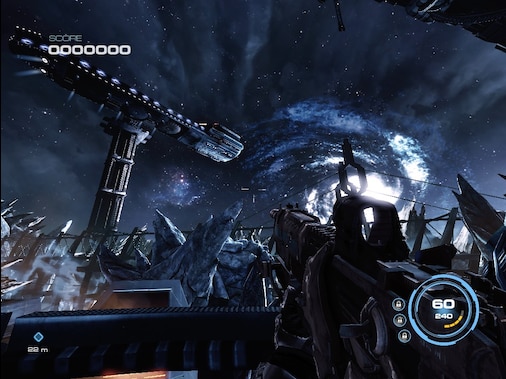 Deep Black : Reloaded
27 Hours played
This is probably one of the worst third-person shooters I have ever played. I believe it's best described as a cross between Mind Jack and Gears of War. Take Mind Jack's laughable story and repetitive level design, take away it's mindhacking. Take Gears of War and remove its memorable characters and epic set pieces, and make it's cover system dysfunctional. Add in some underwater sections, and you pretty much have Deep Black: Reloaded. Of course, that's not enough for a review, now is it? It's time to elaborate on exactly why this game blows.

I went through a lot of annoyance just trying to get the game to run. For those who don't know, the Steam purchase of this game is, in fact, BROKEN. It does not work properly, unless you either block the game with your firewall or disconnect your internet briefly. Was it worth it? Read on...

This game is the definition of repetition. There is very little variety to the levels. Just about every single level follows the same basic forumla: Go through room, kill enemies, go through more rooms, kill more enemies, go into brief underwater section, open underwater door, MAYBE shoot a couple baddies underwater, get to surface, rinse & repeat. Level design is bland, generally consisting of a number of tight corridors and larger rooms that all look the same. The enemy variety is very limited, as well. As the game progresses, you'll encounter a couple new types of baddies, but for the most part you're killing the same ol' enemies throughout the whole game. And while the same could be said for many GOOD games, too, how would you react if I told you that they literally couldnt think of more than one kind of boss? I'm not kidding. While there are a number of boss fights throughout the game, almost EVERY SINGLE ONE is against a giant robotic crab. The conditions under which they are fought are somewhat different each time, but the fact remains that they re-use this same boss throughout the entire game.

Now to tackle what the developers were basically trying to sell the game on: The underwater sections. As another reviewer put it, they are basically just to get from land point A to land point B, and sadly, they try to make this one of the strongest selling points. It really adds nothing to the game whatsoever. There are a couple of unique things you can do while underwater, such as hacking specific robots so that they will aid you, but good luck doing this while being shot at left and right.

The controls are frustrating, and the game's cover system only seems to work about 70% of the time. Most of the deaths you incur will be from the controls or cover system goofing up, and not player error.

The story is nothing memorable, either. Most of the game's story is told through short cutscenes that occur before or after certain missions. The problem is that the storytelling just feels forced. Very forced. To the point that it feels like they were just making it up as they went along, for the sake of keeping the game moving. Couple that with forgettable characters, and you've got yourself a plot that you'll forget sooner than a goldfish forgets it's lunch.

As for sound, there's not much positive to say there either. The voice acting is some of the laziest I've heard in a long while, and the soundtrack is subpar at best.

All of this may have been more bearable if the game was of a shorter length, but it drags on for far, far too long, which just magnifies the already glaring flaws.

Poor controls, a broken cover system, boring, bland level designs, very limited enemy variety, ONE TYPE OF BOSS (save for the final, which I actually could not bring myself to defeat), a forgettable story, and completely unmemorable characters make this one of the worst third person shooters I have ever played, if not the worst. There is literally nothing to inspire you to keep playing or attach the player to the game.

I would never recommend this game unless you just want to see for yourself how bad it is. It's one of those games that doesn't look terrible from videos or screenshots, and that you have to play yourself to see how truly bad it is. And this is coming from someone who's usually very open minded about games, and actually enjoys a lot of games that many others think suck!
View all 1 comment
View all 8 comments < >
Comments