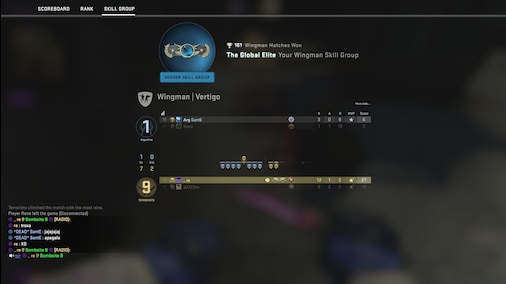 Some random open tf2 player that is pseudo good at FPS games.
Nostalgic about the good old days of no DLC, decent games and no mobile phones destroying the franchises I loved the most.

I invest my time into the worse games you can think of.
Included but not limited games:

Dead social experiment game with a even deader E-sport scene

First person shooter built ontop of a racing game engine from the early 2000's, also infested with skiddies, even tough it's a PVE game

2D Adventure game that you go around digging holes

Ubisoft paywall E-Sport that has, at the same time, the most fun gameplay and the most frustrating gameplay you can think of when it comes to a shooter

Let's see if you can guess what my most played games are...