Vlad
100 XP
I will not be blackmailed by some ineffectual, privileged, effete, soft-penised debutante. If you wanna start a street fight with me, bring it on, but you're going to be surprised how ugly it gets, you don't even know my real name. I'm the ♥♥♥♥♥♥♥ lizard king


Literature no gambling, all squids.


But please. Call me Bob.

COOP FLEW THE COOP. MASSIVE, MASSSIVE QUANTITIES. WHAT THE HELL. IT'S VERY VERY GOOD TO SEE YOU AGAIN OLD FRIEND. NOT WHERE IT COUNTS BUDDY. DOESNT GET ANY BLUER. SHES MY MOTHERS SISTERS GIRL. COFFEE TIME! I PLAN ON WRITING AN EPIC POEM ABOUT THIS GORGEOUS PIE.

Sentimental Flashback Time is over you stupid bunny loving ♥♥♥♥♥!
If you don't throw that thing I'm tossing YOU!

"Humans were drinking alcohol five-thousand years ago, and we're still drinking it now. Alcohol is humanity's friend. Can I abandon a friend?"
-Y.W.


You call parking a supersonic jet in front of a titty bar inconspicuous?
Who taught you how to be a spy, ♥♥♥♥♥♥♥ Gallagher?!
-Colonel Hunter Gathers

I am a fully rigged, grade A-1, ocean going, pillock.


Shame on you, you insatiable wench.
Thought you could outwit an onion?


Halal in the streets,
Haram in the sheets.


When Mum and Dad put me on that plane to visit my cousins in England, they told me, 'Son, you're special, you were born to do great things.'
You know what? They were right.

Order. Unity. Obedience.
We Taught the Galaxy these things long ago,
and We shall do so again.

Sons and Daughters of Helghan,
I tell you Today,
ALL OF HUMANITY WILL KNEEL BEFORE US!


"I survived because the fire inside burned brighter than the fire around me. I fell down into that dark chasm, but the flame burned on and on."

It's that rat circus out there. I'm beginning to enjoy it. Any longer out on that road and I'm one of them, you know? A terminal crazy, only I got a bronze badge to say I'm one of the good guys.

Good
Bad
I'm the Guy with the Gun

It was so simple at first, how I felt at the start
but everything that I have is now falling apart.
I'd staple it but it's no use, they won't go through. I hope to see you soon. 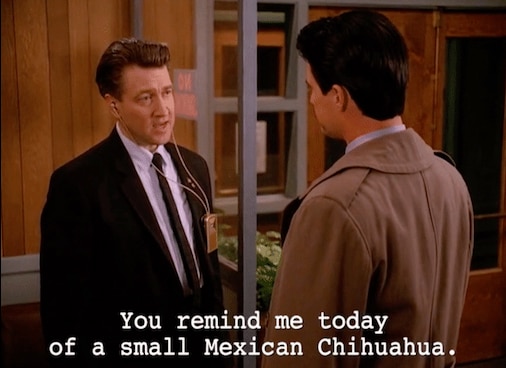 Westwood Feb 1 @ 2:19am
I am transtemporal. I identify as Otto von Bismarck in 1871. My pronouns are er / ihn / ihm / seiner. If you haven't noticed already, I have four pronouns since I am German, please be mindful of this. I will e-mail everyone here personal pronoun sheets which you can study to get things right. Please take note of the differences between Akkusativ and Dativ. One more thing, I almost forgot. Please use the formal singular when addressing me, since I am a person of great eminence. I'll be sure to include Sie / Sie / Ihnen / Ihrer on the pronoun sheet. And try not to speak English to me. I'll be okay if you slip up once or twice, but repeated mistakes are definitely micro-aggressive, and I'll have to report it to the administration. You can also address me as Herr Reichskanzler if that is easier.