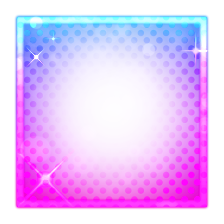 Recommended
0.0 hrs last two weeks / 97.3 hrs on record (74.4 hrs at review time)
Battleborn makes me sad
Not because it is a very sad game. There isn't a single sad moment really. What makes me sad is how good it is, and what a poor way it has shown that off. How the writing is a huge step in the right direction, but how that isn't displayed anywhere in the marketing (Or at least nowhere I have seen). It is a game I have fallen in love with, but finding a way to share the love is something I have found very difficult. I guess writing a review is a good first step.

The main positives and the negatives, imo, are:

A problem I have with a lot of shootbang games is when there isn't any good co-op alongside the pvp, because I'm pretty garbage at PvP. Usually when there is it tends to be lackluster, just simple wave based combat or bot matches. In Battleborn though they took it further than I would have hoped!

What you have is multiple story missions that vary between attacking, defending, and escorting with plenty of character dialog to go with. Fortunately, this time it's not as memes as Borderlands became over time, and the characters that DO talk you through things are pretty funny. I never had a real guffaw, but it was enough to keep me entertained.

Another good thing they do with the dialogue is that it varies on different runs of the same stage. On multiple parts they have different lines that randomly play, or depending on who is in your party. This can help when you have to play through the same stage more than once, which you might want to do if you like getting good ranks, or if you find one particularly difficult to beat.

The PvP isn't bad either. You have three modes to choose from: Incursion, which is the standard push-minions mode, Capture, which is like King of the Hill but with three hills, and Meltdown, which is a lot like Incursion, but instead of pushing down sentries you push them into robot recycling machines, and the more you escort the more points you get.

Save for Incursion I have had a blast with the other two, and we will get to Incursion later. If your team is somewhat organized Capture can be real hectic, and it has plenty of room for comebacks if you can manage to get a good doublekill or an entire teamwipe! Meltdown is similar, but I have found it harder to really play that with just randos. It's about pushing minions in two lanes, and if you are alone against two others who keep pushing one of them you might have a pretty bad time. But there is a lot of strategy to it, or at least enough for it to not just be a boring slog of a gamemode.

The characters are also interesting, both in how they are set up with skills and the lore challenges. Every character has two standard skills and one ultimate that unlocks later on, and you have one weapon and a melee move. What you also have in Battleborn is a skill tree, where every level you have the opportunity to pick between 2 to 3 options that either just buff one part of your character or changes a part entirely. You can have Oscar Mike's rocket barrage become a space laser, for example.

The lore challenges are just that, challenges that unlock lore about the character as you complete them. Every character has five of them, and they range from killing minions with a certain skill to playing in the same team as another character. These challenges also unlock stuff like taunts and skins, which you also get from loot packs and just leveling up the characters. As someone who gets hard over lore, this made me very happy. It's a very interesting way of learning about the characters, and it can be a good incentive to try something new!

The characters have a very big problem though.

The characters are very busy in their design. Actually, every part of the game is very busy in its design. When I played in the open beta I had a hard time really seeing what was going on! They but in a bit TOO much effort into making everything look good or different, and that's one of the major flaws of Battleborn I think, and a major reason a lot of people might not like this game.

Have you seen Montana, that overly buff minigun guy with a tiny head? I hated that design before I got this game. A lot of people do, and I still kinda think it's super dumb, but in-game that is something everyone makes fun off! "Mutant Lumberjack ahead!" announces Oscar Mike as he observes the large hunk of a man coming over the horizon, and even his own theme song makes fun of this "smallish head" and "tiny legs." A lot of the designs suffer from this: Something that makes sense in the games universe, but looks real bad on advertisement.

The cast is also a bit too different. Again, the designs all make sense within the five factions, but it looks like a visual mess to anyone else, probably. This makes me sad, because the LLC faction has some of my favorite character designs in this type of game that I've ever played. Kleese especially. It's rare to see an old man character outside of fighting games, and he is a very fun one to boot!

Something else that might be a failure of the advertisement is that this game is not a twitch shooter. It takes a while to get one dude to die, and it's almost always better to run in a group rather than be a lone wolf. Teamwork is more important in this game than most others, and its pretty difficult to carry a team unless you are really, REALLY good at teamwiping on your own. Or if you are playing one of the two snipers.

The slower shootbangs and the emphasis on pushing minions might put a lot of people off. Think of this game not as a TF2 clone, but as a SMNC clone. This game seems to be taking a lot more lessons from that game than anything else, but that is also something not everyone wants. It's something, if you're not expecting it, that you have to get used too. I was confused myself why I always seemed to do so poorly or never managed to get any kills, and the real answer to that question is that the game expects you to shoot together, not alone.

And then the last complaint is 100% just my opinion (like the rest of the review really). Incursion is not a fun gamemode. I hate one lane stages in mobas, since it often doesn't leave you up for comebacks, or it creates thirty minute long stalemates. It's a tug of war, essentially. Then again, the only map I have had the chance to play is Overgrowth, which is a poorly designed map with plenty of exploits, but its the map everyone else wants to play, maybe because of the exploits.

This is why Battleborn makes me sad

It makes me sad because it's a clear step forward for Gearbox. Partly why I say that is bias, because this type of game is something I always want more off, but what it shows off doesn't interest people, or they straight up just hate the designs. It is also an unfortunate time to release it, what with the hype of Overwatch. I love both, and I'm probably going to play both for a real long time if they get the support for it, but Battleborn is going to be the lesser of the two because of the style Gearbox went with. Once I got into it, I saw the love that was put into it, but the fact that I had to get into it to see it is a problem.

DUKE NUKEM Jun 20, 2016 @ 2:19pm
now you know how i feel about block n load, another fps moba like battleborn that simply does not get the attention it deserves

Grinvy Jun 14, 2016 @ 6:42pm
So basically, your entire review is nothing but forced pity review.
Yeah Battleborn is a good game, I enjoyed singleplayer campaign. But it came out at very very wrong time.... Overwatch, blizzards new gem, has around 10 million players now and it's growing.

I've no idea who was copying who, but there are a lot of similarities between both games. Biggest of which is a futurastic theme and large roster of playable heroes. Overwatch just feels much more fast paced, simplier and quick-accessible. While it takes some time of loading for battleborn to start a game.

giggityiggity Jun 3, 2016 @ 9:10am
Excellent review. This amazing game is unfortunately dying due to a number of reasons and you touched on many of them. The lack of thought put into the unlockable skins is also a slap in the face for the pricetag on this game; every skin is just the same color palette for every single character. The devs of this game seemed to have put more thought into their character design than anything else.

AmStuffy May 29, 2016 @ 2:38pm
I like the game, I haven't seen anything wrong with it except that fact that some of the campaign is alot more difficult than it should be. Even saying so, it's still a really great game.

good cat May 27, 2016 @ 3:04am
Amazing review, for once a guy that doesnt complain about the bad matchmaking... That is because of the low player base