This user has also played as:
The Raptor in Black Tumblr (this blog is in an experimental stage and not really ready for viewing; could use a direct link to the de-facto blogging theme I see everywhere, first of all): https://temrilthesaurian.tumblr.com/

HeXen: Beyond Heretic
And Lo, the World War Buffs/BattleTech Nerds/Doomers Cometh Down from the Heavens...
I'll give you the short version of me: A guy who changes avatars and occasionally names, but never changing his image as a cool and trustworthy gamer. Often people recognize me better by the names Jiroku and Jiro.

Favorite franchise is BattleTech, but favorite game is Hexen; the entire Heretic/Hexen series is severely underrated in my opinion. My YouTube channel is also known as FuzzyRaptor.

I RP mainly as a black mage raptor (Temril) and a youthful fuzzy space raptor that also has a kangaroo form now (Jiroku). As of now I use both of them as personas.

Here's a link to Jiroku's character doc: https://docs.google.com/document/d/1QTVSgvYy1xVXihJiJ92uHSsG6vjh7AlwOcG4NMhrG8Q/edit?usp=sharing
And here's his current character theme to get an idea of the character's mood: https://www.youtube.com/watch?v=K-u2sKlD_kA

Temril's doc: https://www.furaffinity.net/journal/8950991/
and theme: https://www.youtube.com/watch?v=CBJu45ZXcLs
It took me quite a while to decide on a theme for him!

Speaking of, many have said I have an outsider taste in music, even to the point of saying it's plain bad, jokingly or no. Nevertheless I stand by my opinions; who knows, maybe someday I will finally meet somebody whose tastes align more with mine.

I'm somewhat of a hipster in the sense that I am much more attracted to titles that seldom surface in the gaming community. I tend to be quite competitive in games as well; so if you roll with me, keep in mind that I'm not immune to game rage.

Expect a lot of randomness, too, it's just how I roll as a flawed human being. I kind of let loose on the silly and downright weird, but I ask for permission to do that kind of stuff first. I also try to relegate what I show my friends depending on their interests, so that's probably good news for you.

Try to contact me once in a while, too - take the initiative, y'know how it is. I don't care for one-sided friendships.

Judging from its symptoms, I am a victim of dependent personality disorder. This includes clinginess to certain other individuals, submissiveness, and self-deprecation/sense of worthlessness. I am a Mediator (INFP-T) according to the 16-personality quiz.

I have an extreme interest in history and certain, generally more obscure types of music. If you think you've got either of these things, hit me up on 'em.

My real parents are rather focused on productivity and family time, so I'm a pretty busy 18-year-old and may not be all that active. I've been working every summer since 2017.

Rex Brigador: I left him out of this list for a while because we broke contact, but I'm glad I refriended him. He's the kind of guy who thinks he's ♥♥♥♥ but is way smarter than his cheeki facade lets on. Very practical, one of the best RPer's I know.

Mars Ultor: He is the only person I've met over the Internet that has the same eye for forgotten series as me.

Willows Wulf: Willows is cordial and chill. We have some in common when it comes to interests, and I feel quite comfortable around him in general. I look up to this person.

Bravesoldierphil*: He's just so nice, and cuuute... and he cuddles me~ *chirps*

FaithfulKnightZach: He has been really supportive and caring for me, especially as of late. I must reciprocate-

Rukiiuu*: A great artist and fun person to smush

Miniike: He's often very busy and I don't have a lot of time to talk to him, but when I do it's a real treat. So corteous and cordial, so considerate. Keep it up, man.

Terran President/Tawani*: Is a precious floof

The Geth: partner in stupid

Queen of Marshmallows: You know why you're here, you. :>

Icefox: Local furry that I *definitely* hit it off with. He basically rose to most prevalent figure in my personal life in just a few days. 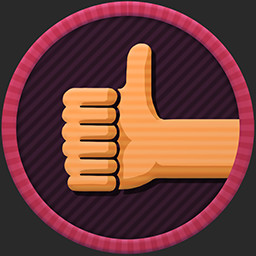 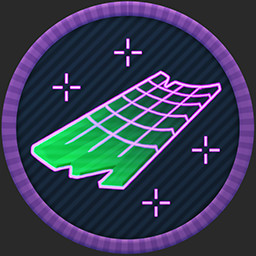 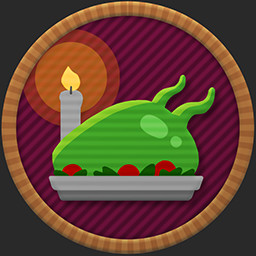 ProxDee222 Feb 14 @ 6:54pm
+rep One of the bunch, someone who plays fighting games and is ACTUALLY nice, pretty good Brawl player too.

Have fun with family if possible with friends too♫