This user has also played as:
NeonSkylights Super Jumbo Banger
500 XP
I will fucking shoot you

HAVE A FUCKING JAWBREAKER
1 Members

4,800
Achievements
12
Perfect Games
53%
Avg. Game Completion Rate
The Thirstiest Time of The Year
It was the day after Christmas, and all the children were running around in the house, playing with their new toys. Outside, a massive snowstorm raged, with three feet of fresh snow blanketing the ground. I was happy to be in the house as I cuddled under a blanket and drank cocoa while the children continually chased each other around the house. One of the children came up to me. "Uncle, I'm really thirsty." Everyone stopped what they were doing and stared at him. "You fool!" I screeched. "You have doomed us all!" The power went out and suddenly it was only us, the fire, and the raging blizzard. We all huddled together, knowing that soon he was coming. For once he has been summoned, he cannot be stopped. From deep in the blizzard, a new tune could be heard. "It's the thirst, thirstiest time of the year..." it got louder and louder until it abruptly stopped, followed by loud footsteps on the roof. We all huddled together. The fire went out, someone dumped snow down the chimney from on top. For minutes we waited, all noise gone except the whistling winds of the blizzard. Then, out of nowhere, LeBron James burst through the wall, wearing a red and white sweater. He had a maniacal look in his eyes and a knife in his hand. He moved with expert effiency, and slaughtered everyone except me and the child. The entrails of my family lay across the floor as a cold wind blew in from the massive hole in the wall. The child stood behind me, sobbing. He grabbed the knife and pressed it against my throat. His cold, grimy hands caressed my body, his unblinking black eyes followed my every motion. He leaned his head next to my ear and whispered "I have just one query." He then pulled a can from his sweater, running the freezing metal across my face. I felt his knife slowly running down my leg, his warm, cranberry - smelling breath against my cheeks. Finally, when he seemed satisfied, he reached behind me and grabbed the child. "Uncle!" The child screamed. LeBron James hung him like a stocking off the fireplace and slowly pushed sprite cranberries down his throat until he had easily tripled in size. Finally, he added a final can until the body could hold no more, exploding into a mess of sprite cranberry and blood. I sat in my chair, drenched in sticky red liquid. LeBron James turned to give me one final look before departing. "Wanna sprite cranberry?" he said. He then disappeared into the night, leaving me aline in the room with nothing bud blood and sprite cranberry. It truly was the thirstiest time of the year.
Item Showcase 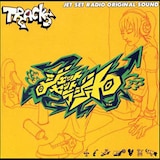 Jet Set Radio
Are you just short of the Jet Rank on a stage? Have no fear, for I have an easy solution.
In this guide, I'll show you some videos I made of what I believe to be the easiest loops possible so you can get that Jet Rank your heart desires.