This user has also played as:
Floydinator 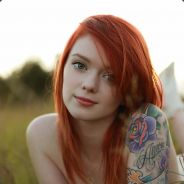 Dishonored
113 Hours played
(For the people, who don't want to read the whole review, there's a short summary at the end :) )

"Such corruption! Such hypocrisy. Make me look on it no more!"

For god's sake and hell yeah, that's the good new IP we always wanted when we talk about the game industry and the big publishers and developers not being creative anymore and producing the same things over and over again. Not meaning that Dishonored reinvented the games wheel but it has a fresh feeling, plays smoothly and establishes a new and interesting world to discover.


[Small spoilers]
You play Corvo Attano, formerly protector of the empress in the city of Dunwall. Because of a dangerous and lethal plague which ravages the city and all of its citizens without an antidote, the empress send you on a journey to the other islands of the world to search for help. The game starts with your returning from this journey bringing back bad news - and all of a sudden you're in the middle of the story and its conspiracy: the empress gets killed in front of your eyes, her daughter Emily gets kidnapped and you are the one to blame for. You get send to prison and it's up to you and some people loyal to the empress to recover your honor, rescue Emily - the legitimate new leader - , take vengeance and let justice prevail.
[Small spoilers]


The story isn't something special or completely new but knows how to present itself and especially the background story scores with a lot of details. It has a clear structure and follows a straight and clear line with some surprises towards the end. During you maneuver yourself through the game you are going to meet many different and interesting characters, who are not typically black and white. In each of them you can see good and bad things and you have to form your personal opinion and find out whom you can trust, who needs to die and who deserves to live. Sometimes you also have to choose between different options in the main or side quest. The reactions to the different kind of choices you made exist and are nice, but I would say they don't have much impact on the general storyline, except maybe the different endings you can get.

Talking about the gameplay, what I really like is the focus on the different heights and the vertical play, so the levels are not only flat, you can also climb, teleport, walk on buildings, balconies, air pipes etc. Besides that the level design is just genius: In each of them, you have several options how to fulfill your mission and get to your aim. You can sneak around all enemies and just head towards your main aim if you're more of a stealth player, you can face your enemies and just kill everything in your way if you're more of an action player or you can solve side quest to get new options. You can become a rat and creep through small holes, you can teleport over buildings, you can manipulate enemy technologies and so many more paths. Because of all this the game has a high replay value. At the end of each level you get a statistic about how you played, what you found and what you did - great for comparing with friends. The runes and weapons are various and different but many of them are just for experimenting or when you want the whole action experience. In my playthrough for example, I focused on the sneaky tactics and for this I manly just used no weapons besides Corvos strong arms :D .

You can find tons of collectables: coins, runes, bone charms, books, notes, audiographs, Sokolov paintings , Outsider shrines etc. With coins you can buy weapon or general upgrades from Piero or other merchants. To enable new abilities you use runes and bone charms afford you small advantages. The books, notes and audiographs tell you additional information about the background story, specific characters, their views and thoughts, individual cases and guidance for side quests and riddles. So for all the gatherers among you, it's perfect :D .

What's also a very important aspect in terms of stealth games is the enemy AI and this one is great. Believe me when I say it's hard to get through the levels without being seen. The graphics on the technical side are good, but not the best or "up to date". But that doesn't matter, because the strength lies in the atmosphere and the Steampunk art style, both which are very cool and suit the story and the world. And playing it in 2015 isn't any kind of a bummer, the game still can create amazing images especially because it has not super realistic graphics and so it doesn't get old. Sometimes I catch myself just standing on a rooftop and watching the beautiful scenery. So even for you graphic fanatics it's worth a look :D .

Con's:
- main character Corvo stays pale
- too less weapons for stealth gameplay
- various choices don't have much influence
- a few small bugs
- killed or knocked out enemies despawn too fast
- some dialogues of the city guards doesn't match
- at some points it can get frustrating if your tactics don't work :D


All in all it's a very fun game and I don't regret any of the hours I've played it. I cannot wait to plunge into the world again, learn more about it and explore new areas. I can recommend it to everyone who likes stealth games, Steampunk art style and interesting worlds to discover. If you like games series like Thief, Deus Ex, Hitman or Bioshock it's definitely worth a try. I'm very looking forward to see Dishonored 2 which will be released in Spring 2016! Till then it's the perfect time to start with the Dishonored series or play it again ;) !

I traded first and had it reciprocated with alacrity!