This user has also played as:
Archbishop Flabrus 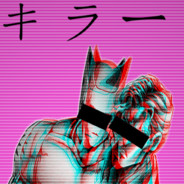 14 words: "The Industrial Revolution and its consequences have been a disaster for the human race."
View more info
Currently Offline
Profile Awards  2 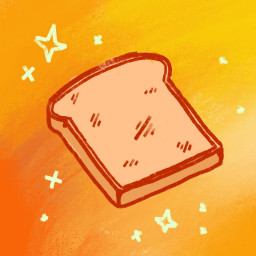 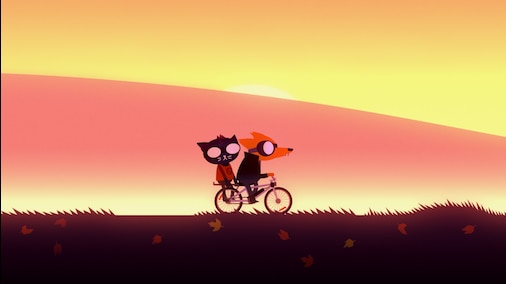 Night in the Woods

Night in the Woods
37 Hours played
Far away from the big Bright Harbor lights
We begin, and end, in the woods, at night
See the headstones, two hundred years old
Standing way out in the dark and the cold
Carrying family names, older than trees
That's where I'm from; these roots run deep

The hardware store smells like Marbs and petty theft
And "small town polite" is all that I've got left
All the old spots where we used to be
Getting lost as they disappear in the weeds
Folks work real hard, but they're strung out on pills
Trying to kill the pain from keeping up with their bills

The world is beautiful in ways you can't notice
When your daily survival is your only motive
Some people are timeless, they don't change their ways
Those ones might save you, if just for today
Places can't change the way they're remembered
Even if you burn them down to the embers

These bridges are held up by miners' backs
See the past piled up by the old rail tracks
The battles were fought and concessions were won
To brighten the days of their daughters and sons
But the world had changed, far too much for some
They feared death! So they ate the young.

They are blind, but they are seeing you
Each step you take, and the things that you do
You can't escape them, they're even in your head
They know your name, they sense your dread
Hear their stories; they may still come true
The universe don't care, but some people still do

On the road of life, there's no yellow lines
Just the same potholes, and broken signs
The path goes on, until another lifetime
Follow your heart, ten miles deep down a dark mine
My home town, my friends, and everyone that shaped me
Possum Springs, I love you, but sometimes you hate me.
Leave a comment
Review Showcase

Everlasting Summer
22 Hours played
Sometimes, a dream is just that: a dream.

You don't have to Google for a meaning or interpretation, as if it were a question with any kind of meaningful answer. You don't have to assume that it is a sign, or a prophecy, or a prediction, or a warning. Sometimes, a dream is just a dream, nothing more than a hint of an idea, sketched by your meandering thoughts, and painted by your own imagination.

Do you mourn a hallucination when it passes? Do you grieve for your dreams when they inevitably end? Do you long for the colors and shapes and sensations that you experienced, once the experience is over, even if you are entirely sure they weren't real? Transient images and shadows slip away, that you cannot grasp, even if you could reach them.

Can you truly believe in something that never existed? Belief alone does not make something real. No matter how vividly recollected, or idyllic, or plausible that it may seem, a belief is nothing more than a wish with a sprinkling of determination that it must be real. A billion believers in something does not make it any more real than a single soul.

But now, that belief is an itch. You want what you 'had', you need it, the absence of it consumes your thoughts and your spirit. You see a sound in the corners of your eye, you hear a color just on the edge of your sensory range, the spectre haunts your every waking hour, rather than the sleeping hours.

So, you try to recreate the conditions in which it occurred. You climb aboard that same bus, sit in that same seat, close your eyes, and believe. What's wrong with that? Futile as it may be, there is no harm in belief itself. But that isn't enough, thankfully. If everything were to come to you so easily, you probably won't value it much. So the unattainable, or that which was had and lost, is that much more precious, isn't it?

But why mourn? Why cry? What will it change? It wasn't real, and it never was. The world itself is real, but not because we believe that it is. Reality is what we can hear, feel, touch, see... isn't it?

Belief does not work magic. It can't conjure a presence, or a circumstance, or a place or time. But sometimes, those presences, and circumstances, and places and times, they can find us instead. Serendipity, happenstance, fate, destiny, these are all concepts that our inner selves use to explain an effect that we didn't cause.

There's no logical reason why the stuff of our dreams can manifest in natural reality, but sometimes it does. It may be subtle, or faint, or fleeting, to the point that we may miss it entirely. But if we see it, and grasp it, we can experience that which we previously only imagined. The not-real can become real, and though belief has nothing to do with it, you may have difficulty admitting it, in that moment. And that is what keeps the belief going, that potential, the possibility, of having your hopes fulfilled, and your beliefs realized.

The game's protagonist, Semyon, is a loser. He has no job, no prospects, no action or dynamism in his life. The game tells this story, of an internet troll, a loser from Russia, with nothing to live for, who is given the opportunity to find that reason.

Can you separate a story from the context in which it is produced? Can a world unrelatable to many, be made to stand on its own? Can it be made believable? Everything can be interpreted from multiple angles, especially when you have a particular motivation. If you hate internet trolls, you will have a bias that will need to be overcome in order to relate to the character. If the context is too relatable to your own life, you may find yourself in the same boat, grabbing at a dream or fantasy, angrily and desperately clawing for your own serendipity or good fortune to have it made manifest.

Depending on the ending you get in the game, he may never reach his own potential, or he may wind up happier than he ever thought possible. Contentment and happiness don't correlate with success and prosperity. Sure, its easier to cry in a Cadillac than a Lada, but crying is crying.

Having a dream fulfilled, even in some small way, can mend wounds and soothe the soul. It doesn't matter what a loser you were before, or how your life trajectory was headed, or anything else. When you reach what you've desired, fantastical that it may be, in that moment, you are happy. You, and that which you sought, have each other. Semyon has the opportunity to have his dreams be made real. In that moment, he is happy. He, and that which he sought, have each other.

Not everyone will reach their potential. Most don't, in fact. Fewer still are happy. But you don't have to be the absolute best version of yourself to be happy. Maybe, instead, the happiest version is the best one.
View all 2 comments
INDUSTRIAL SOCIETY AND ITS FUTURE
There is no 'solution.' This crisis will not be 'fixed.' A few of its symptoms will be alleviated, a little bit. Maybe. For some people.

An uncaring and uncontrolled juggernaut of changes will run its course across the fields of humanity, leaving ruin, death, poverty, and confusion in its wake. No, it is running its course as I write this. It cannot be stopped, slowed, or hastened to its destination. It will have its way with us before the survivors are left to build yet another empire from the rubble.

And we shall make up a story or two explaining why it all happened, what we did wrong, and how to avoid such things in the future. But it won't make a lick of difference because it's too late and we're ♥♥♥♥♥♥♥ hopeless when it comes to finding out where the next juggernaut is coming from.

This is not the end of days, nor even the end of civilization. Do not be so optimistic. Humanity has prophesied its own demise a thousand times in the hopes that the next big catastrophic cluster♥♥♥♥ will be the last one we have to struggle through. The doomsayers are the hopeful ones; once humanity is destroyed or reduced to barbarism it won't have to live with memories of the disasters it can't believe it didn't see coming, and the torturous knowledge that it will happen again. And again, and again.

But humanity is big, dumb, and resilient. It cannot be destroyed, not even by its own hands. It shall lumber along as it always has, clumsily and nearly-blind, crawling and drooling its way into the future.

There will be another huge ♥♥♥♥♥♥♥ disaster; a maelstrom of blood, anger, and misery. And when the dust settles we'll have lots and lots of dead people and still no answers.

17.7 hrs on record
last played on May 26
Tank Mechanic Simulator
Achievement Progress   25 of 69 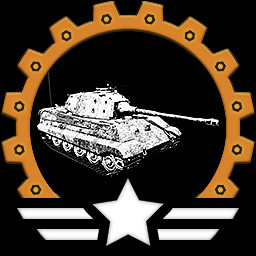 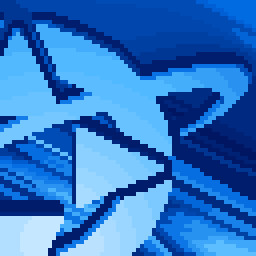 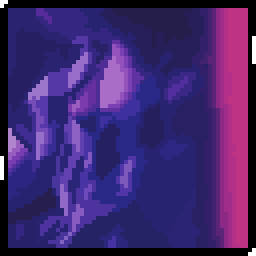 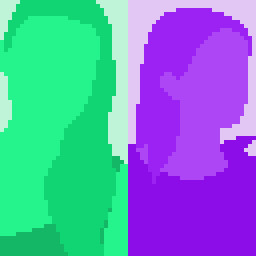 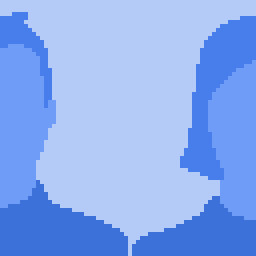