This user has also played as:
50 Blessings You think I'm stupid? Huh? I look stupid to you? I know you aren't telling me everything... You helped me get into this mess! You told me it would be exciting, didn't you? Well I'm fucking bored! I'm done man, I've had it! I want out! And you're gonna tell me how! This stupid game's gonna end now, YOU HEAR ME?

He appears as the boss enemy of Part Two: Questions, where he is encountered at the end of chapter seven, "Neighbors", and returns later in the game as a playable character after Jacket's storyline is finished. An older version of him appears in the sequel.

Unlike Jacket, Biker talks to non-hostiles in an effort to learn information and often at least has the option to spare them, for example Aubrey from the opening of Safehouse and the Chinese restaurant technician at the end of that same level, as well as the Janitors in Resolution and all Phone Hom employees excluding the manager in Prank Call.

He joined 50 Blessings "out of boredom" and nominally wants out because it's "not exciting enough," though it's hinted he truly wants out because he's spooked by the political nature of Clean Hit, the date of which marks the beginning of his investigation. This rationalization of political fear comes up again in Resolution, where he tells the Janitors they've "wasted enough of his time," but proceeds to flee Miami and hide out in the desert for two years anyway (a parallel to Ryan Gosling's character in Drive, who is also being hunted by a criminal organization and is eventually forced to flee Los Angeles when he gets too much heat).

In contrast to Jacket's sparse apartment Biker's apartment is crowded with expensive belongings. The source of his finances is unknown but theories range from professional hacker to music producer to drug enforcer. Biker seems to like music from the looks of his LP collection and turntables and the keytar on his bedroom floor. He does eat pizza, but not to the excessive degree shown in Jacket's apartment, indicating he's more comfortable with stress. He has a computer in his bedroom and seems to have some hacking skills as seen in Prank Call and Resolution; this can also be seen as a stealth pun on his main weapon - the meat cleaver. He is also much more social than Jacket as there are signs of the aftermath of a party in the intro to Prank Call, including a girl in the bathroom and a drunk male sleeping on his sofa. It's possible substances at this party warped his view of the events of that level.

Like Jacket, Biker receives instructions by cryptic phone calls. However, the message at the start of Fun & Games is the only one to name an address Biker is shown to visit, which itself mentions that a previous task was not completed (probably Clean Hit). The messages in Prank Call and Resolution are disregarded but the player still needs to listen to them to complete the intro, which may suggest diligence in looking for clues.

Biker's interpretation of the events of Phone Hom is that he immediately killed Jacket and crushed his head, after killing Phone Hom's manager and possibly none or merely some of the employees (in contrast to Jacket's coma dream in which they are all dead before he arrives). If this head bursting is taken to follow the same rules as Biker's head crushing at the end of Neighbors, Biker's writhing body in the outro to Push It (where the apparition of Beard acknowledges it and says it did not really happen), and Jacket's head explosion in the outro to Deadline, it represents a failed attempt to kill a fellow 50 Blessings subscriber. This further shows that Biker is prone to prideful rationalizations of his own shortcomings, as he convinces himself he won the fight without a hitch and gave Jacket a fair chance to leave (Prank Call: "Get out of here if you don't want to die!"; Neighbors: "You're dead meat." followed by "This... This can't be happening... I'm so close..."). 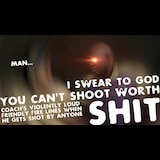 Coach's violently loud Friendly Fire lines when he gets shot by anyone
And he will yell for as loud as humanly possible.
Close your ears and open your eyes, everyone. You'll aim better. 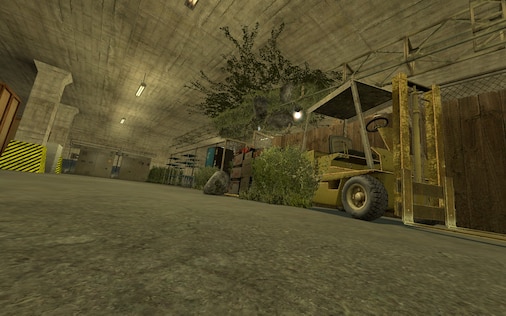 Elmalem.Gal Feb 3 @ 7:19am
My buddy Keith tried camping out on top of a building once. He was shooting crows, but the police were too busy tear gassing him to ask what he was doing up there. He screamed for an entire YEAR every single time he opened his eyes! Oh, man. At first it was funny, then it just got sad, but then it got funny again! Oh, man.