This user has also played as:
Galen 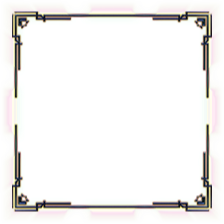 Years of Service
600 XP
"Excellence is not an art, it's pure habit. We are what we repeatedly do." ~The Edge, Furi
View more info
Currently Offline
Badges  20

The Red Sun Over Paradise
5,152 Members

Brütal Yoshi
Offline
SCP-V01D 0-5 CLEARANCE REQUIRED: ACCESS GRANTED
In regards to my gaming? Hoo boy...
-Back in my glory days of TF2, I generally just played Scout non-stop, though I really played everything except Pyro and Heavy, because if I wanted to lobotomize myself for holding M1, I would've gone Widowmaker Engineer. With that said, I guess I also didn't play too much Spy either, but that's because everyone in the TF2 community has finally developed the motor function to keep an eye on their backs and NOT get backstabbed. So there's that.

-I was a community manager of Red Sun Over Paradise, a TF2 community that goes by the song of the same name. They have good taste, right? Go check the Discord if you're looking for a community to call home! [discordapp.com]

-Right now in terms of my current gaming obsessions, it's really just whatever I feel like doing, whenever that's Warframe, Dota, or HoTS. /shrug

In regards to me? Uh...
-I currently reside in Texas, far, far away from any real life friends I may happen to have. Most of the time I'm either working at the fuel kiosk (Which is the easiest job I've ever had...), playing video games with or without my friends, or I'm in bed, watching stuff on YouTube until early morning. It's not good for my sleep, I'm aware, thank you.

-I have the personality of a plastic cup being crushed in a trash compactor, so be ready for boring conversations and stale jokes. Also, I've come to the realization that my relationship status doesn't concern you, I'll tell you if I feel like it.

PLEASE READ BEFORE ADDING ME
-I absolutely despise my time getting wasted at work, so what the hell makes people think that I'll have any more patience for people who promise me "FREE CS:GO KEYS/SKINS" or "FREE ARCANA DOTA 2" or even "FREE UNUSUAL TF2 PLS GIB CREDIT CARD :D" I have absolutely 0 qualms with wasting your time just as much, and maybe even posting it for my friends to see so we can laugh at how pathetic people like you are.

-I don't mind having friends, but uh, preferably let me know who you are, like if we played a match together or if you do happen to be one of my few and rare real life friends, and if you're just trying to trade with me, see next paragraph. Oh, and don't get butthurt if I don't accept your "pwecious fwend reqwuest uwu" or whatever, I end up denying a lot of them because I don't want people I'll end up never interacting with cluttering up my list. Friends lists aren't endless, you know, and you have Steam to thank for that.

-I don't GENERALLY do a lot of active trading, most of the time I'm using backpack.tf in case I see a nice cosmetic I want, or scrap.tf for when I've built up an excess supply of duplicate weapons I obviously don't need. If you're wanting to trade with me, please either comment down below what it is you're asking for, or send me a trade offer. I probably won't end up accepting your trade, but if you're nice about it I'll at least think about it.

So uh. Yeah. Have a good one.
Favorite Game

Results; you are a horrible person. We weren't even checking for that. That's not even me talking, it says right here in your bio "Hi, my name is Volt, and my parents failed to give me any form of love as a child, and so I have turned to a life of miserable life choices and have since been nothing more than a sad failure."

Kindly return to the pile of feces where you came from, I'm sorry your team had to put up with you.