" Now as the train bears west, Its rhythm rocks the earth,
And from my Pullman berth I stare into the night
While others take their rest. Bridges of iron lace,
A suddenness of trees, A lap of mountain mist
All cross my line of sight, Then a bleak wasted place,
And a lake below my knees. Full on my neck I feel
The straining at a curve; My muscles move with steel,
I wake in every nerve. I watch a beacon swing
From dark to blazing bright; We thunder through ravines
And gullies washed with light. Beyond the mountain pass
Mist deepens on the pane; We rush into a rain
That rattles double glass. Wheels shake the roadbed stone,
The pistons jerk and shove, I stay up half the night
To see the land I love."
-Theodore Roethke, Night Journey

--------
Background is North America from War, The Game. Profile avatar is my Eden avatar from The Sims 4.

Please avoid using NSFW comments on my profile. Other than that, comments are appreciated.
---------

I enjoy mostly gritty realistic survival games like The Long Dark, turn-based strategy like Civ, & economic/ trading simulation style games, including anything with a historical or exploration element. But, space exploration/ colonization games & simple strat games with aliens like XCOM, are the ultimate.
----------


More About Me
Though I am really a competitive person by nature with games, (I’m a port from the card & board game generation) I tend to play video games for the game itself. If I play & lose interest, it doesn't hurt me to leave those achievies incomplete & walk away from the game like that.

But, if I like a game, I may play for months, replaying elements until I've experienced every detail, leaving no side route untaken. So, don't judge me for my time to completion or game completion ratio. I'm having fun, or else I'm idling for card drops & moving on.

Besides games, I read sporadically. Be sure to checkout my Gamer's Bookshelf in my Custom Info Showcase for some neat titles. I also write as a hobby.

I'm an older gamer, a wife, mother, & grandmother. I delete people who start acting 'creepy' after I accept the request, or who want to hammer politics here in my video game world. [Seriously! Just relax, forget the politics for awhile and play games. You may live longer.] And, I delete people who spam CSGO requests, after I’ve asked them to stop. I’ve only deleted a handful, so don’t worry I’m actually a friendly gamer.

I trade cards & collectables. My inventory is public. I consider counter-offers. I accept friend requests from humans with view-able profiles.

I am also on PS3 & 4 where I play XCOM, Uncharted, & Minecraft on either console.

Warning: Do NOT pet the dogs (above!) They may look friendly one moment and virtually bite you the next. (*cough, cough)

Nothing But the Music 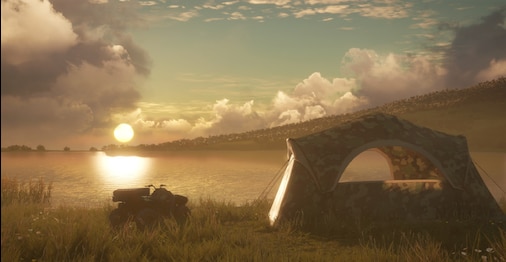 Pampas At World's Edge: View from Tierra Pico's far side at Sunrise

My game stats at

9. The Moon is a Harsh Mistress by Robert Heinlein [www.goodreads.com]

10. Planet of the Apes by Pierre Boulle [www.goodreads.com]

12. Out of the Silent Planet by C.S. Lewis [www.goodreads.com]

14. The Library of Babel by Jorge Luis Borges [www.goodreads.com]

15. The Picture of Dorian Gray by Oscar Wilde [www.goodreads.com]

16. Physics of the Impossible: A Scientific Exploration into the World of Phasers, Force Fields, Teleportation, and Time Travel by Michio Kaku [www.goodreads.com]
Achievement Showcase 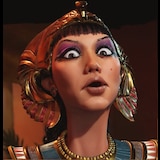 Sid Meier's Civilization VI
Don't play well with other AI civs? Wondering why Pedro suddenly goes bananas, or Cleopatra hisses like an Egyptian she-snake as she randomly decs a war on you? Outraged that Peter the Great has all his troops all over your border, but demands you move you
Item Showcase

Microsoft Flight Simulator
537 Hours played
The Globe as it was Meant to be Played!

You know those time-stopping minutes as a plane nears the end of the runway, achieves lift, and then levels off? That millisecond when vertical acceleration stops and the heavier-than-air craft first attains the aspect of a weightless thing… like a leaf on the wind… in that moment the human heart feels the joy of the remarkable achievement that is flight. When I first entered the work world in the early eighties, the closest we could come to this experience was watching planes take off and land at the local airport during our coffee break through the office windows. Then Microsoft released Flight Sim 1.0. Much has changed since then, in the real world and in Microsoft, and in Microsoft Flight Simulator.

Flight simulation has leveled up. This latest iteration of Microsoft Flight takes the game pilot from a flat earth limited map, to a full Earth globe. (Just in time, too for some of those 2020 conspiracy theorists.) Not only do you have the globe on your itinerary, but you have options for location-accurate weather, time, and traffic. With mp enabled, you can see friends who are in-game in the skies around you. You can visit real world landmarks like the Eiffel Tower, natural landforms like the Grand Canyon, and observe animal herds from bush planes.

Circumnavigating the globe? Exploring Greenland or Antarctica’s Ice bases? Island hopping? Whether emulating Marco Polo or Ibn Battuta, you will likely have many ideas for world-class flights. Schiphol Amsterdam is one of my favorite airports IRL, so I have spent a bit of time arriving and departing there in game. I have also enjoyed journeys such as Charles-de-Gaulle to Gandhi International (Paris to Delhi,) New York to Patagonia, and Tokyo’s Haneda International to China’s Oriental Pearl Tower, as well as ‘San Fran’ to the ‘Zahara’, and New York to Patagonia. My most recent flight was an oceanic cruise from Santiago, Chile to Queenstown, New Zealand. With the large selection of planes available at launch, the sky is no longer the limit.

The in-game Earth, like its counterpart, is populated with airports where you can fully interact with ground services and control towers. (The sound is great as well.) The menu provides a hangar for viewing your planes. With a robust flight customization system and many options and settings, you can fly anywhere, to and from any airport or even the blank spaces in between. There are many options for arriving and departing airports. You have quite a bit of flexibility for choosing landing strips, or even in-air spawning. Overall, you will find yourself with a world of options.

The graphics of the game rival the flight options. There is a full range of graphics output that you can expect, depending on your machine. Yesterday, I tried them all, just to get a good baseline, since I play the game on Ultra settings. Whether or not you will like the graphics quality is determined by which settings you use. The low-end settings are lousy tbh. While ultra is a good experience, you will not get that same quality on lower settings. So, while the game is accommodating for most players, not all will have the same experience. Processing power will still be an entrance barrier for some machines.

But, the real joy is in streaming photo-realistic scenery using photogrammetry via Bing Data World Graphics setting within the game. This should be handled with care, as results will vary depending on your internet connection. I have a (crappy) rural connection that is only slightly better this year with a new provider in the area. To handle the streaming graphics option (along with Ultra settings of course) I hit live pause while in flight and go into the settings to turn on the streaming graphics. This allows the game to load it in a steady state, and the results are awesome when unpausing the game. This can then be untoggled at will. You must respect that versatility.

The game mechanics (just like the price) are at the typical level expected from a Microsoft product. The buttons and gauges on the control panel feel realistic. Whether using a HOTAS system or a simple gamepad, the experience is like being there yourself. The price of the game is a bit hefty, especially if adding the premium packages. So, I recommend using a throttle and stick with the game if that is an option for you. Just be aware that a simple cheap gamepad works fine too. But, if you are going to pay that much for the game, you will want to beg, borrow, or steal enough for the HOTAS too. That goes pretty much without saying. And, after over 150 hours in-game, I have to say that the realistic flight mechanics of Microsoft Flight Sim are worth every dollar or euro you will spend.

Pros:
• The game is fully optimized for a triple-monitor setup, and looks jaw-dropping I might add.
• Stable performance on my machine, great fps, no crashes
• Simulation of circumnavigation
• Real-world weather system
• Realistic stress damage to planes, and the ability to scale difficulty
• Modern Smart cameras/ drone tools
• The graphics are spectacular… especially with the streaming option enabled.
• Multiple activities and scenarios simulate bush flights, landing, etc.
• The Globe interactive mode (sandbox-like) allows for staging variety of ifr & vfr flights anywhere in the world.

Cons:
• Hefty disk space usage 90+ GB. (I uninstalled games which this game made seem antiquated.)
• Loading screens are lengthy. (But, clicking the windows button gives you untemperamental access to other things on your pc while you wait.)
• Fuel usage seems a bit off.
• The AI needs some tweaking. Not sure if this is a user error, but while changing to auto pilot mid vfr flight, the AI will literally and unexplainably turn the plane around and head back to the departure point. (I guess you cannot get good help these days.)
• The price is steep, and while community mods will be available from the game menu, expect some money to be spent there as well.
• The save system appears problematic. While it does save, many options are lost when reopening, and save state is not quite accurate. I suspect saving also disables some achievements, or causes them to not be recognized.
• At some point the weather change options will vanish from the menu bar. To retain the ability to change the weather throughout, I keep the options window open and do not save or exit game until flight finished.

I fully expect these points will all be patched rather quickly. Along with that I would like to share a few other things I would like to see added in future.
• More VFR mapping options are needed, such as the ability to add pins to the map.
• More detail and zooming out in the map
• AI Improvements
• While some data is provided from log, more would be better. (Flights are only listed by month & year, for instance. Date not listed.) Alternatively, there are online options like Simbrief for planning and logging flights.


I am sold on Microsoft Flight Simulator 2020! It is pure simulation at its best, and with the full globe navigation possibilities, I feel like the world is truly under my plane, and the wind beneath my wings. I loved it so much at launch that I deleted all things flight from my wishlist and pc. This tops everything else with its state-of-the-art imagery and real-Earth data.
View all 1 comment
Guide Showcase

Building the Trans-Siberian Railroad as Russia
By EdenStarGazer 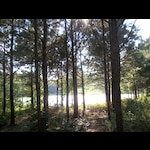 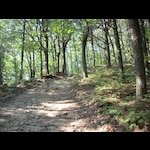 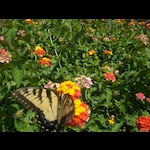 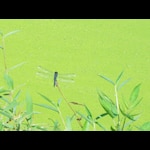 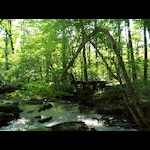 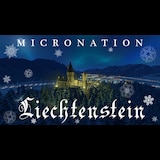 Liechtenstein Snowfall
Welcome to Liechtenstein, the next nation in the Microstates maps collection! Coming soon, beautiful Monaco with a new South of France terrain theme! Liechtenstein for those who don't have Snowfall is here! Scroll to the bottom.. *meow* Have a wonderful Tuesday!

Have a phenomenal Weekend!

Have a great Weekend!

crankycritter Sep 18 @ 4:59pm
Thank you for the invite