This user has also played as:
Wade Game Industry Guardian
1,487 XP
My interests have coalesced into the following:

FIRST: A big fan of all classic games (some older than 2000, but mostly 1995 and older) no matter what. Never get tired of digging back into my childhood. Most of them I have over on GOG, but I have some over here. Also a big fan of classic console and computer game emulation, some of which I have here in SEGA Genesis and Mega Drive Collection, Atari Vault etc.

For AAA games I like open-world, free-roaming shooters, slashers or platformers, whether first- or third-person. Example franchises: GTA, Far Cry (you won't see Far Cry 3, 4 or 5 pop up on my status because I have them over on uPlay, and not even there because I've stopped playing them), Watch Dogs, Skyrim, Fallout (the latter two representing the three most-played games on my list as of June 2017), The Saboteur (on GOG), Mafia (what they've done with the third installment is GREAT). [Most of this copy I penned back in 2017, and it all still fits – but these days now, the game I'm playing the most up that fits in this category is a third-person action/adventure game that also fits in the below-mentioned Metroidvania category: that would be Star Wars: Jedi: Fallen Order, over on Origin.)

For mid-production (between AAA and independent), RPGs, whether Eastern-style (Final Fantasy) or Western (Baldur's Gate, Planescape: Torment, the like. Both classics, yes, but they also fit).

For independent (or independent-like) production: Environmental Narratives (also known as Walking Simulators), Metroidvania ("Ability Required to Proceed" trope in effect), puzzlers of all types. If a game is all three that's MAGIC to me. Talos Principle IS this and I absolutely love it. Others in this category include: What Remains of Edith Finch, Vanishing of Ethan Carter, Gone Home, Firewatch (owned on GOG), Shadow Complex, Strider, Hollow Knight, Portal, The Witness, Obduction, on back to the classic Myst series...

Finally, I will state a quote that I feel best describes my outlook on the oft debated differences between PC and console gaming: 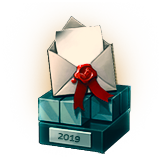 6.4 hrs on record
last played on Oct 30
The Outer Worlds
Achievement Progress   4 of 48