This user has also played as:
Mustafa İnal 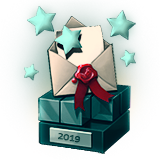 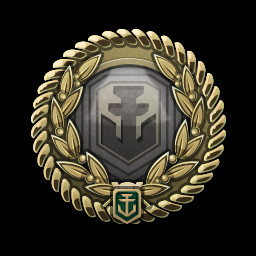 Black Squad
808 Hours played
I used to play this game a lot. I had spent around 1000 hours, including my other accounts, to this game. I participeted in clan battles and competitive games and had lots of fun too, but these days are in the past now. Game is good for real. However, Developers are trying their best to kill this game and thus it is almost dead. Devs have never cared about their players. All they have done is their badass looking skins. ( Well i gotta admit that their skins are good looking. )

about competitive; There are lots of hackers and developers do nothing abot this issue. You'll see hackers a lot, especially on high ranks & elo. I had around 60% - 65% win rate on each competitive seasons but i didnt go further than Lion as i knew i would see cheaters up in cobra elo.

Online player; None. Basically none. They had 9k or 10k before and now the game has around 3k or 2k active players. This remaining number of players is also on decrease. You think developers do anything? Let me tell you, NO!

Updates; Nothing but skins. Well, yea, they sometimes add re-designed same weapons or little bit buffed versions and maps time to time. ( Btw, these maps are not low-end pc friendly.) They also mixed all servers couple months ago. ( Maybe more or less i dont remember exactly.) If you wanna play custom match, it's fine you wont have much issue about this. However, when it comes to the competitive side it is completely random. You will have lots of no reg issue due to high pings. ( Well yea there is also no reg problem. They have done nothing about this problem so far and not planning to fix it.)

Matchmaking; Worst. Either your team or opponent team is sucks and lose as soon as possible. It is likely to happen like this 7 of 10 games. The mm i talked about was competitive mm. We also have quick match mm, or we dont. It basically depends on your in game level. If you have decent 5-man-team, you will likely to win your most of games. If you have smurf in your team, you will win all games for sure because matchmaking will give you low level players as you have low level in your team.


This game could have been fixed and could go back to it's good old times. However, it's developlers F#cked up everything and keep screwing things. I lost my all hopes about this game months ago but i kept playing as i had friends to play with but i had to stop playing as my exam were too close. I passed and done with exam but i dont have any interest to play this game anymore and i definietly not recommend to anyone. The game has almost no blood in it's veins.
Leave a comment

palcfg Jun 27, 2019 @ 3:29pm
Hello my friend, this is the administrator number 2 of p0rnHub™.
We have noticed you haven't logged in for 2 weeks, we're just checking to see that everything is okay with our biggest fan. Since you visited us last time we've updated the gay section with many videos we know you will enjoy. See you soon