Sea of Thieves
506 Hours played
Its awesome to game to play solo or with friends, here is a little clip from me dancing on the Pirate Legend Hideout.

The ultimate pirate fantasy can be different for everyone. Maybe it means you and your crew plundering the vessels of would-be explorers on the open sea as you wreak havoc across the ocean, searching for lost ships and buried treasure on a quest to become a legendary pirate to rival Jack Sparrow, or just singing shanties with a pet monkey. Whatever your particular flavor of piracy, Sea of Thieves

Impressive open-world sandbox gives you the total freedom to do all of that and more while making even its mundane moments fun.

It’s important to understand that even though Sea of Thieves is a shared-world online adventure game, it’s not actually an MMO with a persistent world. This means that each and every time you log into Sea of Thieves you’re given a brand-new ship in one of three classes based on the size of your crew– Sloop (up to two players), Brigantine (up to three players), or Galleon (up to four players) – and everything except your long-term progression goals are reset. All of the supplies you accumulated last time, the row boat you found, the storage chests you saved – all of it’s gone. My Name is Dirtyfatnoise , i love to play video games as a casual gamer.

Im known as producer and musician in the electronic music world﻿ 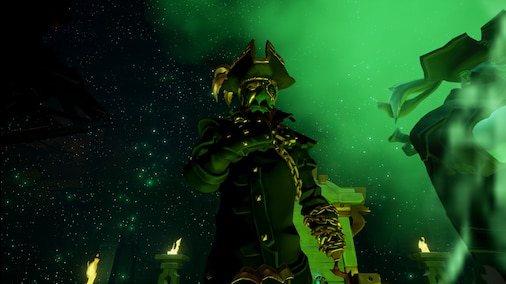