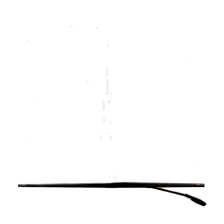 Here's The Thing:
You are Robin Liyun, high schooler, part time gondolier and double-lifer making ends meet to pay off his mother’s hospital bills. Aquadine is the home he’s always known but the tide is about to change into a fish bowl after meeting new friends & intensifying old bonds. Make waves, splash around in this glorious city~

[+] PROS;
:) AQUA-CULTURE~
My first ever kinect (static) VN, not to mention one with a dressing of galge (guy romances several suitors)- latter of which I typically don’t have the stomach for. But it felt good to just enjoy every word, witness lighthearted events without the burden of having to stress over choices. There is literally only one or rather four instances where you can exercise control in the game and that’s in deciding whose fate you want to see play out first.

For the most part, you should treat it as an enjoyably calming and sniffles-inducing mini-series anime where characters’ past, present and future baggage get laid out. Perhaps even relate with their secretive struggles… One thing’s for sure, with “no hands” at the helm you won’t know where the ship will steer next, so there’s that for excitement and suspense!

Each of the four possible character routes lasts approximately between 50 min to 1.5 hour, then factor those with the 30 min prologue and epilogue; that easily makes 6-8 hours as a whole! Of course, it comes with the usual souvenirs too where you can peruse the stunning CG art, listen to the tingling soundtrack to your heart’s content at any time~

TIPS:
1) Not really one; but I went for Anya’s route last which was poetic and the best order!


:) SPLASHING SOME WATER COLOR!
The constructed hyper fictionalized Venice-like world of gondoliers and rising sea levels is excellent in painting a rich history steeped in ambiguities as to its origins! CG landscapes vary in quality consistency but they do have that slight milkiness of water color coatings as if one was opening one’s eyes underwater. And it’s surprisingly gorgeous in that every second I gaze into them, it’s utterly liberating; weightless even like I’m afloat, drifting to who knows where.

I kid you not, I drank a lot of water playing it and it must be due to the corners and crevices of blue really bringing out the eyes of the city. Like, I totally want to live in this place despite its apparent proneness to flooding. Despite a limited change of scenery and fair amount of reuse between routes, the added unique hues whether it be in terms of lighting or song choices specific to each character give it renewed clout!


:) PLENTY OF FISH IN THE SEA…?
Story-wise it’s a swirl of films far back as The Little Mermaid (1989) orJust Add Water (2006) what with the mythology of merfolk but with the subtext of millennial “drama” that goes around in high school! But the pearl-studded, imperfect cast are what attracts tourists so to speak… With five distinct personalities and social problems but overlap more than you’d think!

I saw a fragments of myself in each of them. There’s the reserved but sharp Anya who feels she doesn’t belong. Charismatic Diana who’s self-conscious and concerned for her career path. Resilient Cameron with an “unchangeable weakness”. Gracefully airy Elisabeth whose family skeletons haunt her from moving on. Finally, the diligent Robin unwavering to his family but lacks confidence. Very memorable and inspiring cast~


:) IDENTITY POOL-ITICS!?
The depth it took with the volume cliché-ridden anime plot devices was unexpected to say the least. What were initially derivative, surface-level and blank canvas interactions soon giving way to serious diving of real issues! “Birth defects”, bigotry, expectations and overshadowing are just a few of such matters that smack into you like falling face first into water from a height.

At first, I wasn’t feeling the whole silly Clark Kent facades, and I perceived it as just lying to oneself. After a while, I truly fell for it and likewise it filled my heart… then my lungs. Because it was also painful, presenting me with wake-up-calls that I’d rather leave submerged and muffled in the water.

Sometimes it’s so hard to remember that others are also in the same boat as us. But it took this tour guide to give me direction, slap me with an oar to show me the error of my ways, which I’ll always remember and be grateful for. ~
https://steamcommunity.com/sharedfiles/filedetails/?id=2686874286

[-] CONS;
:( A THICK SCULL.
This comes down to subjectivity but there were times when the flow was really milking it and I could pinpoint several parts where you’re sure the route would’ve concluded but kept going… Such that multiple scenes transitioned within a short duration like a movie with a huge budget antsy to show a lot that it doesn’t let the moments breathe~


:( MERE-MAID OF LOVE…
As it turns out there is indeed one true route and so I felt it was huge betrayal of sorts. Where selective occurrences we’ve known to be true were omitted, altered or spliced together… So, they were almost contradictions and certain facts are either repeated again as if forgotten!

Also, the forced romances I thought sent out false hopes in that pillars of support do not necessarily have to always end in “ships”. Don’t get me wrong, it’s all very sweet and tender, boy I wish I had that too! But why couldn’t some of them have just remained platonic. Especially since they will be reversed anyway, it felt like fanservice albeit tasteful ones at that. But the ending was absolutely brutal, I’ll give it that much~

NITPICKS:
~ With no fully voiced lines; I became tired of the same few utterances which sometime got intolerable as they didn’t fit the emotional state or context of conversation.
~ The “encyclopedia” option should be visible right away with the other important menu and not under “setting”
~ No typos; but there’s the few and far between missing/unnecessary articles-pronouns in the English dialogue.
~ Maybe I just didn’t notice it before in other VNs; but the chopped off legs bother me so much!
~ The avatar quivering effect during conversations trigger me and give me a seizure.

Last Words?
A non-choice-imperative but enthralling VN like staring at your reflection in the water. Kick back, laugh maybe grab some tissues… It has issues staying grounded but still very much salt to the sea~

If you like visual novels but tend to develop sea sickness from all the choices! If you love to be all buoyant with the occasional heavy anchors to loosen the tear ducts… Then you’re in for a deep, blue treat. So, what are you WADING for~

9 / 10
Jerking out tears of joy and appreciation to Bazizen for the key!
Don't forget to follow my curator DaRevieweD for more games!!
Do you recommend this game? Yes No
Cancel Save Changes
Was this review helpful? Yes No Funny

DeadeGuard98 Jan 2 @ 2:19pm
@AviaRa I know exactly where you're going with that!

Me too actually, I was so not feeling it. I'm so used to the illusion of choice, I forget that sometimes there just won't be any~

Thus my eventual warming up to it. Of course the reflective, insightful characters and problems helped its case too: 3

BUT agreed, visuals are wondrous~~

DeadeGuard98 Dec 20, 2021 @ 1:35pm
@Two Clicks It was like being taken to a foreign place yet still coming out of the experience with a renewed sense of purpose and learning so much about oneself!

Absolutely wonderful, thanks so much~