This user has also played as:
≻ཌ༻ᗪᗩᑎᑎƳ༺ད≺   Isle of Man What is Bipolar Disorder?
By ≻ཌ༻ᑕᕼᎥᗴᖴ༺ད< 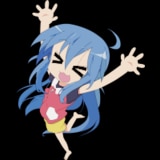 75 ratings
How can we feel more unbridled joy in life? The kind of joy kids experience when playing together. Or that intense happiness that comes from seeing our baby or grandbaby for the first time. The breathtaking awe of nature that may catch us by surprise like
Badge Collector Helen's Mysterious Castle
7.9 Hours played
Helen knows little about who she is and where she is, but she's dying to find out. Stuck on a floating island
with a maze-like castle begging to be explored, Helen lets her curiosity get the better of her.
It's a good thing she's more than capable.

Helen spends the game fighting on her own, and she wouldn't have it any other way.
Using the unique 1-on-1 combat system, Helen can collect weapons, and
switch between them during battle as the situation dictates.

Using the passage of time and a knowledge of your opponents, you can quickly bring
out the right weapon for the job and finish off foes before they have a chance to react.

"Quote from the Developer" :o

''
This indie game was designed to make you think, just a little bit. Players have to figure out the answers for themselves, but the game isn’t meant to be overly complex. Anyone who’s tired of either games that are simply too complicated or conversely having their hand being held throughout the game might have something to take away from this title. Because this indie game was originally made so most people could play through it without too much trouble, I’ve added a trickier bonus dungeon for those playing the English version, who I assume will be more ‘core’ in what they’re looking for. And if that isn’t enough, there’s one more interesting surprise waiting for you...

This game is made so that pretty much anyone can play through it, but I’ve added a trickier bonus dungeon for those playing the English version, whom I assume will be more core players. And if even that isn’t enough for you, there’s one more interesting surprise...
'' ~Satsu

Modar Just now
Hey! Can you add me just for a little chat? I couldn't send you friend request...

As a math atheist, I think I should be excused from this.
--- Calvin, to Hobbes

"It's great to have a friend who appreciates an earnest discussion of
ideas." -Calvin

"Summer is butter on your chin and corn mush between every tooth." -Calvin