Community Leader
500 XP
Junior Software Developer & Junior Game Developer [C# & Unity]
https://github.com/BloodfallenTear
https://www.youtube.com/watch?v=pSXCrY0nlgY
"Death is an escape."
"Show me the path, in Life, Truth, and Love, in Substance, Principle, and Mind. For mine is the power, I am the one. For ever and ever, on and off and on again." - Khasar's Emergency Recording.
"Life is a game, which the universe plays with itself. I am done pretending to be merely this bundle of flesh. I am ready to play for a different side." - Khasar's Emergency Recording
"I will save all Dwights except a meg." - Random Stranger in a DBD lobby.
"The only normal people, are the people you don't really know." - Mathieu Cote, Producer of Dead By Daylight
"Praise" - Cult of Dwight.
"I had to ejaculate so she told me to evacuate, she said she'd take the blame but it was too late, I had came, she said that preggy would be heinous so I went in her anus (͡° ͜ʖ ͡°)" - Iraphoen 2k16
"Yuh maid me rel ♥♥♥♥♥♥♥♥ upsit yu khaaunt" - Iraphoen 2k16
"5/6 people say that russian rouleete is safe" - SMAQ 2k16
"You gonna get scapel up the head of your penis." - Sgt. Penguino 2k16
"My hands smell of condoms" - Sgt. Penguino 2k16
"Man, you never went to sports camp and had your buddy piss on your chest while you called him gay and fingered his ass?" - Vickerino

Friend: like "ITS OK TO BE GAY"
Me: Just say a friend sent it to you as a joke
Friend: and then they would ask "What friend?"
Me: Will your parents think you're gay because of a song on youtube? xD
Friend: yes
Friend: they would
Me: XD

I obey you Rin
Offline
61 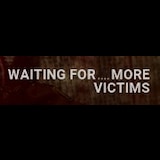 Dead by Daylight
Since the launch of the game, there has been an unspoken rule book that survivors expect all killers to play by. This is to help new killers (and old ones that still haven't learned) some of the major points of the rules.
Artwork Showcase

I do not own most of the artwork on my profile, if any artist has an issue please do contact me and I will take it down instantly.
Achievement Showcase

2,056 hrs on record
last played on Dec 3
Dead by Daylight