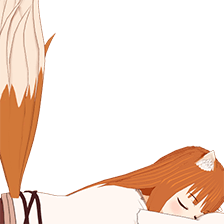 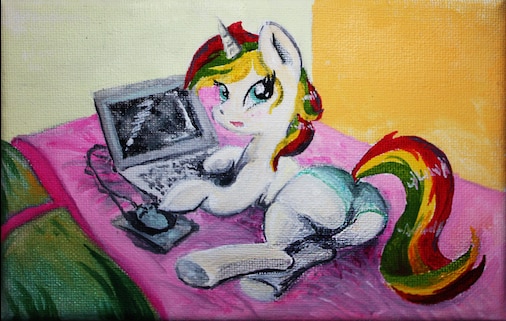 This guy knew it all the time
Crying in a corner
PC [www.3dmark.com]

New: Okay, after people asking me: "Hey Axel, why does cs go suck?", I gotta explain it.
My dear friend, prepare for a long review, full of bad english and hate and ♥♥♥♥ and stuff and... yea, you got it. Let's start with the most annoying thing,

Dear Volvo!
Explain me, how to ruin source engine that hard? Corrupting bunny hopping, surfing, sliding (if someone actually remembers this game mod), football, minigames, jail (i dislike jail, but feel free to get angry if you liked it) and worst of all, trikz and kreedz.
Why don't you Volvo release 2 versions of CS:GO? One for fun mods, one for competitive (which is ♥♥♥♥, but i'll come later to it) and feel free to even sell it as 2 different games. I would still buy both and be happy.
why the hell don't weapons have 100% precision now while standing still and doing nothing? Why does every 4th-5th shot with AK miss? Let's make every skill game to a luck game? Like minesweeper, "skill" - "skill" - "skill" - "now i need to guess".

Yes, here you'll see all the complaints about tickrate, hitreg and interpolation.
What is interpolation?
As a player, you receive and send packets from/to server to "communicate" with the game. These packets contain the information you see later. Your ping is the "speed" of how fast you receive the packets. But no one's connection is perfect, so if we only used these packets, the game would lag and be unplayable.
So there is an old trick, interpolation:
You receive a packet, then you receive a second packet and the actual gameplay you see on screen is in between. This means, what you see, happens in the past and the server is a few milliseconds in the future. This is how you get shot with an awp "while the guy was running just before he shot me OMGOMGOMG TRIQQER HAX". In reality, the server has already calculated that he stopped and this is why his precision was nearly 100%.

Let's calculate the nice and fun interpolation in MadMaking:
cl_interp_ratio / cl_updaterate = cl_interp
1 sec / 64 updaterate = 15,625 ms every new packet.
cl_interp_ratio 2 = 2/64 = 31,25 ms for 2 packets to you receive/send so the server reacts.
It may happen that a few packets get lost and hits won't be registered on server but you will see these on your screen.

Now we have lag compensation.
Command Execution Time = Current Server Time - Packet Latency - Client View Interpolation
This means there are small mistakes regarding where the player is and where you saw him and you have to live with it.

Volvo could reduce it to minimum by doubling the server tickrate, BUT higher tickrate means higher CPU load, means higher costs and poor Volvo earns only more than Apple or Google[www.forbes.com] and can't spend more money to get better servers.

Yes, I totally forgot to mention that in my review, first time i was writing it.
Microtransactions are just another way to make more money by offering unnecessary content. We've already seen enough in TF2.
Volvo thought, let's recreate the same marketing strategy again. And skins came out. Of course, what else could you do?
Creating new paid weapons? Community would tear you in pieces, dear GabeN, because CS:GO is meant to be competitive and there is nothing competitive in pay2win.
But money is not everything! There are even more reasons to add skins. There are people out there who love trading and collecting this ♥♥♥♥ (not to mention people who just buy em for e-penis).
Then there are operations. If not to mention that maps are often unfinished, some are buggy, the idea is not that bad. You pay for the coin and that coin gives you stats. But again, there are missions to do and completing a mission gives you a drop - really? The marketing strategy strikes back, even more when you get a case drop as a "reward".
Even DLCs are not that bad compared to skins. Why not making unfinished map DLCs like EA or Activision already do?
Microtransactions suck.

First of all, thank you for adding a new game mod called "Demolition". It's quite fun when you want to waste your time on fast paced maps. Thank you for adding "Deathmatch" as a game mod, to play on official servers.
But how did you ruin the gun game? "Arms Race" now puts better players in disadvantage by highlighting them red. Of course it's better for new players to find these. It's maybe fun untill you get matched versus non silvers who start wallbanging you. But to the hell with casuals, we have competitive nowdays built in CS:GO.

First of all, I am global myself and have played CS for 15 years now. And I can tell, I expected more. Global, yes, global must be global. You do get matched with people, I can't say they deserved global. I barely see the difference between eagle and global. Yes, these people are slightly better, but still only people. I expected to play vs people from high tier and not someone who ends his game with 3/5/25. Yes, some people have bad days, are sick, whatever. But this happens way too often.

Competitive bans are a joke. I trolled 100 games and got reported 9999 times. Where is my ban for griefing? I never got one.

Of course there are alternatives as ESL (which is dead in cs go, soon just dead) or ESEA. What do we have matchmaking for, then?
Also, it happened quite often that when Steam servers went down, I finished MM and couldn't start a new one, because "still in game". And you abandon it and get your 10 mins ban.

Smurfs, I have no problem with these since I got 6 smurfs myself. Anyways, all the new protection systems are useless, since if I want to play with friends, I do so.

Cheaters, the only thing I am positive about Volvo are VAC waves. Honestly, I think this is where CS:GO made a positive progress. Of course there are cheaters out there, there will always be. But VAC bans are perma. I could wish for was that CS:GO would cost like 100€, so it'd be actually painful to buy it again and again for cheating.

Oh, one more point. This game is ♥♥♥♥♥♥♥ easy. It's easy as hell, there is no easier version of CS out there and there will hopefully never be. It is made this way so Volvo can sell it to 6 year olds and profit for it. Because getting pwnd is not fun, but the easiness factor is just made by money.
- This is why bhop is dead!
- This is why trikz/bugs are dead!
- This is why they don't give a ♥♥♥♥ about the engine!
- This is why competitive went full casual!
- This is why you play this game!

You, dear review reader, are the reason why good games die. Because you want to win and master a game in 10 hours. You don't want to ♥♥♥♥ around and master every engine exploit.
You better go cry into a corner about "that one guy was bhoping", "the deagle is too op", "this game has too many cheaters" and "the ban system is unfair, I got banned for 7 days, because my internet died ONCE". Do your thing guys and ruin vidyas.

TL;DR: Perfect game for all CoD fans. Only problem is you can't zoom with AK, but you'll get used to it, I promise.
View all 9 comments
Item Showcase