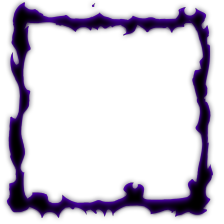 Not Recommended
6.3 hrs on record
Early Access Review
Fun game for able 5 ish hours of playtime. Eventually gets extremely tedious and mindboggling design choices (A Helicopter that always knows where you are, and the bullets slow you? Why???) as well as more time spent actually fighting the game's physics and controls than actually being able to be clever. What's that? You have a cool idea with a car transporting you to the next area? Sorry bud, the 1 pixel of grass destroys the entire front of your car, and that's assuming the car turns correctly and doesn't handle awfully. I was stuck on a mission all because sometimes the car refused to drive in the "grass" and other times it glided over it like nothing. There's an immense amount of potential here for Co-op, all weapons unlocked in sandbox, and more maps. But really after a few hours it's not worth playing anymore, especially dealing with all the new annoying gimmicks. (Hell they nerfed a creative workaround to the car stealing maps. Isn't the point of the game to use creativity to its limit?) Might re-review after it gets changed a bunch.
Posted November 10, 2020. Last edited November 10, 2020.
Was this review helpful? Yes No Funny

Recommended
1.6 hrs on record (0.8 hrs at review time)
Made a review on the Pancake Recipe and Artbook. I'll say what i said there:

Wonderful game, and consider buying the 10 dollar dlc if you want to support the wonderful creator, even if all of it is unlockable in game.
Posted May 28, 2020.
Was this review helpful? Yes No Funny

Recommended
0.0 hrs on record
10 dollars for an artbook about the process of creating cute demon girls and top tier pancakes french crepes?

For real though. Although you can unlock these for free through the game, i highly suggest buying this anyway to support the wonderful creator of the game. As short as the game is, the amount of love put into it is hard not to notice.

Not Recommended
45.6 hrs on record (42.3 hrs at review time)
Can be fun with a group, but the fact that defenders are better at attacking than attackers are is ͏f͏u͏c͏k͏i͏n͏g stupid. I sure do love being an "attacker" but losing matches to people going outside and not being revealed instantly. Or spawn peeking making it a 4v5 or worse from the get-go. I would never recommend playing solo. Play with a few friends or a full group only.
Posted April 6, 2020.
Was this review helpful? Yes No Funny

Recommended
81.4 hrs on record
its okay it isn't like i was waiting to play this game for years or anything haha

Not Recommended
0.0 hrs on record
I cannot recommend getting the game in its current state personally.

The Good:
Runs wonderfully on almost any PC. I have not heard a single person struggling to run this game, and every person i know can run it at least at 60 fps.

The campaign is as wonderful as ever, although shorter than i remember. Achievements are still there to get, as well as a new set of "playlists" that add some stuff to playing through it once again after beating it. Nearly all guides online are still relevant and not much has changed.

The new menus are very nice looking, and although they aren't as nostalgic as the original reach's they look and feel a lot nicer to go through.

The Bad:
Co-op campaign has lots of input lag, as well as some multiplayer modes. (Oddly enough firefight is fine.) Lots of AI glitches in firefight however (and co-op campaign), enemies not having animations and lots of them just killing you without even looking at you because of it. In the campaign, the AI's for your fellow spartans seem to be a lot worse as well. I found myself getting annoyed at how often they got stuck or glitched out in areas. (Emile gets stuck very easily in the second to last mission counting lone wolf).

The new "leveling" system is a ♥♥♥♥♥♥ battle pass style system and is extremely ♥♥♥♥♥♥. The old system was perfectly fine to be honest. The new system doesn't even let you choose what you want, and everyone unlocked the same things now, kinda partially killing any uniqueness in certain stuff and having it. It wouldn't be so bad, but Custom Games and Campaign no longer give experience towards anything at all. This is my biggest gripe with the game and i hope something is changed about it because it make playing the gamemodes that give exp more like a chore than actually playing it for fun with the bonus of credits. If you're looking forward to the old reach credits system, do not look here.

The settings customization is pretty awful. Things can only be bound to one key (switching weapons only being able to be used with mouse wheel down and not both up and down for example) as well as the graphics settings being three types (Performance, Average of Both, and Quality). A lot of other settings are very odd. The FOV slider is nice but there is no viewmodel slider. So raising your fov often makes part of your spartan's arms appear on screen with certain weapons, and takes some getting used to.

I'll occasionally update this guide if new issues pop up, or issues get fixed. But again, as of right now i don't recommend buying Reach, even for 10 dollars. The campaign is incredibly short, and the game is very lackluster without friends.
Posted December 5, 2019.
Was this review helpful? Yes No Funny

Recommended
166.1 hrs on record (129.2 hrs at review time)
For all of you people recommending BSW. It's fine that you understand that Gameforge is a ♥♥♥♥♥♥ dev. But knowing this, why risk playing BSW, putting time and money into it, only to have a risk that Gameforge or anything could so easily shut it down? Private servers are great but extremely risky. Imo, if you're wanting to play this game for a long time, play this version. If you want a quick experience that you can get to end game super quickly? Play BSW. Don't say i didn't warn you if you lose all your progress.
Posted September 17, 2019.
Was this review helpful? Yes No Funny