This user has also played as:
Evan 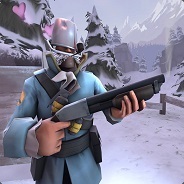 👹 shogun [akagumo] 🎬
Offline
Kindly read before adding me
If you're adding me with a private profile, post a comment down below first, so I know you're not a phishing bot of some sort.

If you're adding me regarding a question/action about TF2R I'd be happy to help, although please check the basic info on the Forums first.


If you're adding me for no clear reason or just because you want a level 100 user on your friends list, I'm afraid I'll have to ask you to not. I find this pointless and it adds bloat to my friendslist that could be better used for people who need me for something. 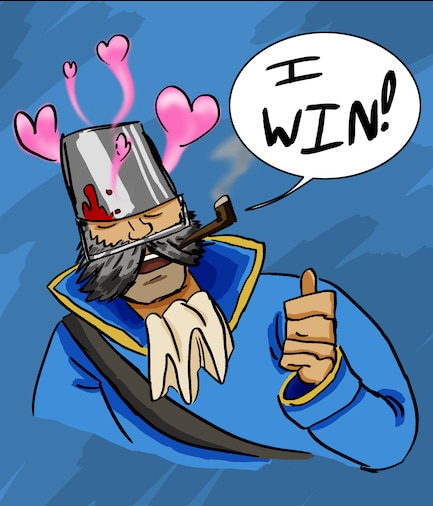 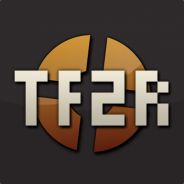 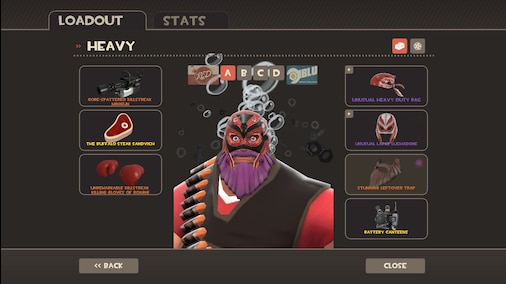 Heavy stares into your soul

9,689
Items Owned
12,692
Trades Made
2,172
Market Transactions
Items in box aren't for sale, I'm just extending my item showcase. If it's strange and has points, or is crafted by someone, it's probably not for sale.
https://steamcommunity.com/tradeoffer/new/?partner=77440097&token=0lCOzTht Go ahead and send me a trade offer if you'd like, I have the mobile authenticator but it's not required for you.
Item Showcase

The Dreamlord
0.8 Hours played
This game showed promise, and with some changes could actually be decent.

First to list some positives; The game features a narrative that, although delivered through text to speech, actually did attempt to set up a backstory and characters.
Physics, while wonky at first due to a lack of momentum, actually do get the job done nicely due to their consistant nature.
Platform hitboxes are usually fine, meaning precision jumping on small platforms isn't as frustrating as it sounds.

However many problems outweigh the good; Render distance, even on a high end machine, is terrible, leading to faraway platforms being invisible in fog, and long distance jumps from bounce pads nearly impossible without trial and error.
Limited sound effects, such as things like jumping or death screams, get repeated so often I actually ended up muting them.
Some levels are a comfortable 45-120 seconds long, while some levels appear to extend well past 3-5 minutes, which is made all the worse because...
Every level features a mandatory time limit. Once the timer hits zero, the game forces you to restart the entire game, with seemingly no way to get back to where you were. However, restarting the current level RESETS the timer with the level, so the timer is pointless, unless you forget to reset in which case it's infuriating.
Your character's torso, while visible unlike some games, can block view of what is directly beneath you, which makes lining up falls onto tiny platforms even harder.
Some levels can be broken by sequence breaking, however difficult it may be. Video of this: https://www.youtube.com/watch?v=0G0bhm_9B4I
Music is nearly nonexistant. (Music from clip is from Final Fantasy Crisis Core playing in background)

Many of these problems could easily be fixed, but as the game is not in early access and appears to be finished, I cannot in good faith recommend this to many people.
View all 2 comments
Achievement Showcase

0.0 hrs on record
last played on Jun 19
Above Snakes Demo

achuso May 5 @ 5:16am
Sorry for making you go through my profile to send me items WHILE THERE’S ONLY AN OPTION FOR YOU TO TAKE THEM FROM ME. Seriously though, thanks for the raffle as always and especially for your patience this time! <3