This user has also played as:
Ginger

If you see me acting dumb in game it's just because I'm bad at games.
View more info
Currently Online
1 VAC ban on record | Info
1319 day(s) since last ban
Badges  24

Holy
Offline
All About Me
AlexJamesDean
27, London
I AM NOT A RAPPER
Links:
Twitch [twitch.tv]
YouTube
Favorite Game 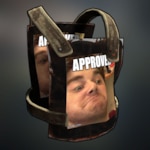 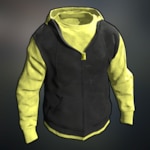 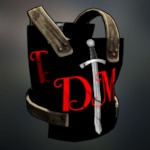 Hey Anarchists,
Today I'm going to do a new video, the first of it's kind on this channel, a game review and with 2000 hours in-game I thought it'd be the perfect time to review rust, and oh yeah.. it's leaving early access on Thursday
So I wanted to start this review by saying that I'll be breaking it down into 5 main sections

and might even throw in a guest review or two along the way.

Part 1 - Noob Friendliness
When I started out in Rust in May 2014 it was a very different place, there was a leveling system so lower levels were more likely to look up to you when crafting was needed and on my main server I was very popular for being the highest level there, lvl 55.

This level allowed me to craft everything in the game and then some.
Because of this status I quickly fell in with a group of 3 others, Ethan, Abbadon and Karol. The story behind this meeting has a lot to do with how people usually meet. I was trying to help people with food as it spawned on the rivers, not knowing the toxic nature of the game I thought it was a good idea to help anyone and everyone but I quickly learned that this was not the case.

I ran up to Ethan offering pumpkins and got shot in the face with a crossbow, instantly died. After this he realised I wasn't the guy that was trying to kill him and offered my stuff back in chat, I told him to keep it since I was on the other side of the map and didn't have a base. Here's where the story diverts, usually people don't offer stuff back or bother with you after you're dead so it was very nice to have that opportunity that most don't give. He offered to set me down a base and help me get started not knowing that I was a high level. So I agreed and we quickly built up a little community. Had this been anyone else that would not be the case. You will die, die, die and die some more until you farm yourself a base or find some people to settle with, at least someone with that sweet neighbourly love. If you're solo I advise strongly on sticking away from other players unless it can be helped. do your best to be active in chat and in-game with trading if the opportunity arises.

For the simple fact that you can pretty much die as you spawn I'd give this game a noob friendliness rating of 5.5/10 as it's not the easiest game to have your trust left intact over.

Part 2 - Other Players
Other players want nothing more than your loot in this game and especially on servers where your regions language isn't spoken very often you're likely to get killed whether you have a rock or a rocket.

Other players attribute to 75% of this games bad reviews and the other 25% are down to bugs but as the build up to this game leaving early access has been a long time coming (since 2013) there were always bound to be a lot of bugs. What really bugs me is the fact that people show no trust, or respect simply because they're forced to the fact that everyone and everything will kill you.

The toxicity in this game is unlike any other, you'd get less abuse from a 13 year old russian on CS:GO. Constant raid threats and actually getting raided by people that love to gloat are the two main triggerworthy things in the game as you can lose your loot in not even a fifth of the time it took you to gather it and grind resources.

and due to this I give the other players a 3/10 as you're less likely to die by bear than to die from a guy with an AK whilst farming a tree with a rock. That said I have made some quite meaningful connections in the butt naked world of Rust.

Part 3 - Base Building
Base building is one of the fundamental reasons why I bought the game other than a video of Soviet Womble Betraying two dudes pretending to be a naked needing clothes.

Base building is simple if you watch a few youtube videos on the new building mechanics you'll find yourself a design you like or even merge a few to make your own smashing design that you can spam on YouTube for views as kcmotv likes to do, although he is probably one of the best sources when it comes to almost unraidable bases.

The new building system means that you need to fill up your tool cupboard with resources that you've used to build your base, it sounds rather complicated at first but once you get to grips with it you'll be on your feet in no time, just make sure you have a tool cupboard in your base.

This does make it a hard game to keep ontop of if you have other games you love playing, you could leave your base for a few days and come back a single foundation block where your base used to be or worse have been raided and had the tool cupboard replaced, resetting all your progress on your server apart from blueprints that you have learned in order to craft certain items, then all you need is a workbench at the level you want to craft items for.

I'd give base building a 7.8/10 as it's really easy to get started as long as you have the basics down just make sure you test out your designs on fortify or better yet in a sandbox server that allows you to see exactly what your build will cost and how defensive it is against rockets, C4 and Satchel charges.

Part 4 - Raiding
Raiding is never something I suggest doing alone unless you're really ballsy. There are so many threats generated from the noise you make, pretty much anything you use to raid will draw attention to you as it can always be heard from at least 5 map blocks away; for example you're raiding a base in G15 your explosives will be heard from G20, G10, B10, B20, and so on.

Ontop of all that, you need to find the blueprints for whatever you want to use to raid, Rockets being the hardest as you can't research rockets unless you find one in the wilderness, some of the only places being at the top of launch site or military tunnels in elite crates. Then ofcourse you need to learn a rocket launcher which can be gambled with 1000 scrap at a level 3 workbench or finding one yet again in the wilderness, but don't expect to find them side by side. It can happen but has about the same chance of winning the lottery in the UK. Oh and I can't forget that you need to be able to craft explosives for Rockets and C4, it's only a level 2 item so will only set you back 250 scrap or 300 if you want to gamble for it at the tier 2 workbench.

Satchels are a cheaper on scrap alternative, crafting 4 will cost 16 beancan grenades, 4ft of rope and 4 small stashes, allowing you to get through 1 sheet metal door.

researching this item will set you back 75 scrap for the beancans and 250 for the satchel charge which are slightly easy to find when running around the islands rad zones usually from green military boxes.

C4 is a whole different story, it's just as good as 4 satchels and will take out an entire door in one swift blow. it costs 20 explosives which works out to 1000 gunpowder for the lot.

I'd give raiding a 6/10 because there's so many opportunities to get counter raided and unless you have decent frames you may not be able to defend yourself properly. Just move around a lot and get to the tool cupboard before anything so you can put your own doors down.

In Conclusion
I would give Rust 8.7/10 as it's fun to play with friends, the excitement from raiding is enough to keep me playing through all the times I die and lose everything. Yes it's triggering and a lot of work but it pays off when you have someone elses stuff sitting in your base and you're ready to carry out more raids with the stuff you gain from each raid. Killing players and showing them who's boss is quite fun and quite the meme if done correctly as there are lots of traps you can use to trick your enemies right into your advance.

I know quite a few people hate the game and in some ways I do myself, it's a waste of time and gets you truly riled up 60% of the time but kept me playing with constant activites and by being a great way to hang out with friends.
View all 10 comments

General_Issue Dec 13, 2020 @ 3:07pm
Did some reworks on your electricity(the dude from rustoria), accept the friend request pls