The Witcher 2: Assassins of Kings Enhanced Edition
32 Hours played
Witcher 2 is an action- rpg and like it's predecessor, it's based on novels and short stories by Polish author Andrzej Sapkowski. It's developed by Polish company CD Projekt Red.

Witcher games are about monster hunter called Geralt of Rivia, also known as Butcher of Blaviken. Geralt has two objectives during the game, to regain his lost memory and find the Witcher who slayed the king, while being accused of killing the king himself.

The main story is intriguing and full of surprises. It highly varies based on your decision in the end of first chapter. Second and third chapters have different locations, characters and story focus depenging on your path. This gives Witcher 2 great replayability since different plot points will be revealed. Just like the main questline, side quests offer the same thoughtful and witty writing. There's morally ambigious choices throughout the game and you never know when the consequences come back at you. But very often they will.

The negatives in the game would be the horrible Inventory system, it's a pain to navigate.No overwriting saves, so every save will be a new one and save folder can grow to even 5 gb. Too many saves also slows the launch menu and has been reported to sometimes even cause crashes. So I deleted my saves manually on occasion. I also wasn't a big fan of the combat changes. While the combat in first one was bit more tactical and rhythm based, now it feels a bit too button mashy. More tools to fight have been added though, like traps and throwing knives. I was also bothered that after killing an enemy, if there's another present, Geralt will automatically leap on the next one if you just keep on mashing the attack. Sometimes quite ridicilous distances.

Voice acting is stellar and the music makes Geralt's journey feel even more epic. The game was gorgeous when it first came out. Still looks good even today, which makes it harder to run well on older machines. Personally I enjoyed the first game a bit more, because of the story and even the combat. Though most people will prefer the more action oriented combat of this sequel. Witcher 2 is one of the best modern RPG:s and highly recommended to anyone looking for a great mature fantasy world. 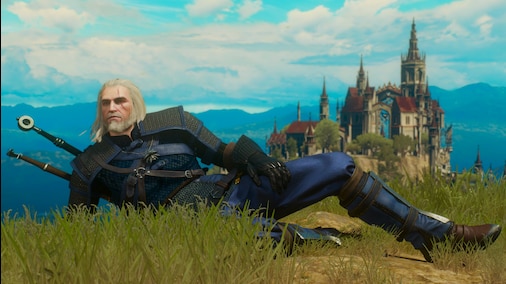