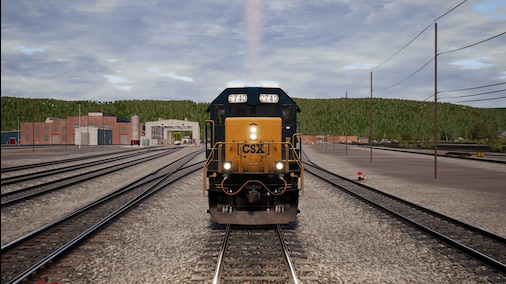 The SD40-2 was introduced in January 1972 as part of EMD's Dash 2 series, competing against the GE U30C and the ALCO Century 630. Although higher-horsepower locomotives were available, including EMD's own SD45-2, the reliability and versatility of the 3,000-horsepower (2,200 kW) SD40-2 made it one of the best-selling models in EMD's history, edged only by the GP9, and the standard of the industry for several decades after its introduction. The SD40-2 was an improvement over the SD40, with modular electronic control systems similar to those of the experimental DDA40X.

Peak production of the SD40-2 was in the mid-1970s. Sales of the SD40-2 began to diminish after 1981 due to the oil crisis, increased competition from GE's Dash-7 series and the introduction of the EMD SD50, which was available concurrently to late SD40-2 production. The last SD40-2 delivered to a United States railroad was built in July 1984, with production continuing for railroads in Canada until 1988, Mexico until February 1986, and Brazil until October 1989. As of 2013, nearly all built still remain in service.

The SD40-2 has seen service in Canada, Mexico, Brazil and Guinea. To suit export country specifications, General Motors designed the JT26CW-SS (British Rail Class 59) for Great Britain, the GT26CW-2 for Yugoslavia, South Korea, Iran, Morocco, Peru and Pakistan, while the GT26CU-2 went to Zimbabwe and Brazil. Various customizations led Algeria to receive their version of a SD40-2, known as GT26HCW-2.As the SD38, SD39, SD40, and SD45 shared a common frame, so too did the SD38-2, SD40-2, and SD45-2. It was 3 ft (0.91 m) longer than the previous models, giving a length of 68 ft 10 in (20.98 m) over the coupler pulling faces. The SD38-2 and SD40-2 shared the same basic superstructure, since they used the same 16-645 engine (in Roots-blown and turbocharged form respectively); the long hood was 18 inches (457 mm) longer than the SD38 and SD40, but since the increase in frame length was even greater, the SD38-2 and SD40-2 had even larger front and rear "porches" than the earlier models. These empty areas at front and rear are spotting features to identify the Dash 2 models of both units. The SD40-2 can be distinguished from the SD38-2 by its three roof-mounted radiator fans instead of two, and a single large exhaust stack instead of two smaller stacks.[1]

The increase in the frame length between the preceding 40 Series and the 40-2 Series six-axle locomotives was made to accommodate the new HT-C truck design, in which the traction motors all face the same direction, making the trucks longer. After a series of derailments involving Amtrak SDP40F units that were equipped with "hollow bolster" HT-C trucks, applied only to the SDP40F, Conrail ordered the SD40-2 units and several orders of SD50s with the older Flexicoil trucks, but the HT-C truck was vindicated and it ultimately went under most 40 Series, 50 Series and 60 Series six-axle locomotives, and this truck is still found under many remanufactured locomotives.

Some SD45 and SD45-2 units have been modified by replacing their 20-cylinder engine with the 16-cylinder removed from scrapped SD40-2 units; this was common on Union Pacific and possibly other railroads. In many cases these are identified by the owner as SD40-3, SD40M-2 or some such. Confusingly, what appears to be an SD45 is labeled as an SD40-2. Older SD40-2 units used in low-power modes such as yard switching or hump service have been de-turbocharged, resulting in the mechanical equivalent of a SD38-2. Units so modified may or may not be re-labeled.

There are several variations of the SD40-2 such as the SD40T-2s (Informally: T for tunnel motor; the actual EMD designation is "SD40-2 With Cooling System Modification", as stated on this model's EMD manuals) bought by the former Southern Pacific, and Denver and Rio Grande Western railroads; now operated by Union Pacific. The SD45 tunnel motor equivalent, the SD45T-2 model, was also utilized by Southern Pacific. Many tunnel motors were rebuilt and sold second-hand to a handful of American shortlines including, Bessemer and Lake Erie, Illinois Railway and Missouri and Northern Arkansas, as well as Canadian shortline Goderich-Exeter Railway. There is the SD40-2W (W for the 4-Window Safety Cab) bought and operated by the Canadian National railway. High-nosed versions of the SD40-2 were bought by Norfolk & Western, & Southern Railway. These units are now operated by the Norfolk Southern Railway (Resulting merger of N&W and Southern Railway). A narrow gauge version produced for Ferrovia Central Atlantico in Brazil is the BB40-2.

There are distinguishable differences between the EMD models and the Canadian GMD-built models. Most notable are the headlight configurations. The biggest giveaway is the rear light. GMD SD40-2s have a single beam, where EMD has twin-beam styled lights, usually placed next to each other. GMD models also have lights mounted on the nose, and EMD is above the cab between the numberboards. Some EMD variations have a nose headlight, although the headlight style and placement usually isn't the same as seen on the GMDs. Other features on the GMD models include the bell mounted above the cab between the numbers, triple-style classification lights above the numbers(since trains don't use classlights anymore, many locomotives have had them removed), and no numberboards on the back.

Three cabless SD40-2Bs were also rebuilt from standard SD40-2s by the Burlington Northern Railroad in the early 1980s. The units had been in collisions and BN decided that it was more economical to rebuild them without cabs. Canadian Pacific also owns a few SD40-2Bs. These were created by welding metal plates over the cab windows of many of its ex-Norfolk Southern and some of its original SD40-2s.