NOTES:
Leave a comment explaining why you are adding me.
If you want me to sign your profile, leave a request in the comments.
Don't try to scam me I know all methods so please don't waste both of our time.

INFORMATION:
No begging for items.
I no longer have room on my friends list, so I regularly make space.
Feel free to re-add me if you believe I have removed you in error.
Message me anytime in the comments and I'll most likely respond.

I have never been reported for anything,my trade record is clean.
I buy from 90%-95% deppends on float looks pattren etc.
I am quick trader on ♥♥♥♥♥♥♥♥♥♥
I am verified on PayPal
I am buying items so I can make a profit
I am friendly and patient,so I expect the same from you.
Counter-Strike makes you work to enjoy the content, and you'll have to put many hours of play into it before enjoying the feeling of conquering it.

What makes Counter-Strike such a popular series - and what will no doubt make CS:GO the next big PC shooter - is the thrill of the ego chase. As you die, often continuously, the frustration is outweighed by an aspiration to do better. In a game where success is pinned on attention to detail, death often triggers an internal failure analysis that the player will mull over while waiting for a new session to load. It becomes a spiral of egging yourself on to do better - and if you become a good player, the game becomes a stage for you to parade your skills.

Global Offensive builds on the CS series by going through a significant checklist presented by its community and marking off as many points as possible. Gun game as its own separate mode? Check. Competitive capabilities built in? Check. Map balancing here and there? Check, check, check.

As a result, there are numerous upgrades that will adjust gameplay while also making accessibility far better. The wide range of grenades, for example, will likely make play more tactical - laying down incendiary grenades will thwart rushes, while decoys, which fake gunfire and fool radar points, are brilliant tools for messing with the minds of established players.

The actual core shooting will be a huge talking point for many months to come. It has been tinkered slightly and gives weapons a noticeably floaty feel, which doesn't sit well to begin with. We eventually found ourselves enamoured by it, and the impact of hits add a real tactile distinction to play.

It's what doesn't work, however, that is most notable. Regular mode has no new maps added to it, while all the new guns seem somewhat cosmetic. Global Offensive has also removed some of its middling weapons such as the MP5, essentially pushing even more players to stick with the AK and the M4. Sometimes it gives the impression that there is in fact less valuable content than in previous CS releases.

If one assumed this was Counter-Strike Source with a visual mod installed, there would often be little to shake that impression.

There's also now a split between casual and competitive servers - however, many players aren't yet aware of the differences, mainly because the distinction isn't made obvious enough. It becomes even more confusing if you join a community server with all hosts of mods installed on it, which have perhaps taken casual mode, turned friendly fire on and essentially made it as close to Source as possible.

At times, arranging games in Competitive Mode feels like a chore. Joining a five-on-five war is simple enough, but attempt to lobby up with a group of friends and join a game, and you'll often hit a snag. Myself and a few others tried to find a competitive game with no luck, simply being told that no servers were currently available.

When you finally do join, it works fine, but the wait and work required to find a game seems like a drawback. We eventually gave up and resorted to using IRC to find matches, as we would with Source.
Artwork Showcase 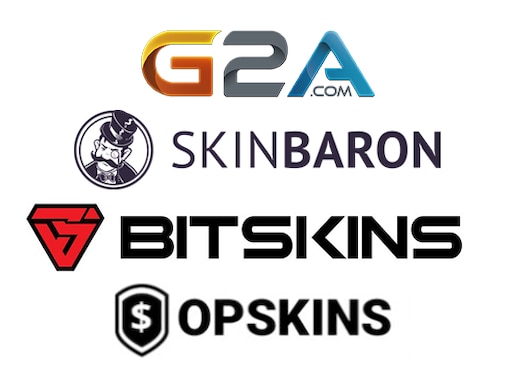 Jack The Ripper Jan 30, 2019 @ 4:41am
Big +rep to this guy - gave me a deagle when I had nothing in my inventory, simply returning the favor. One of the chillest people I know!