This user has also played as:
All I know is that I know nothing. Steam has gradually become evil and I have largely abandoned it. You can contact me via XMPP. In short, XMPP is the chat equivalent to email: you register an account somewhere and use an application to access that account. Unlike "services" like discord, snapchat, and so on you can register an account with anyone and use whatever application you like to access your account. It doesn't even spy on you! A short list of account providers is here [list.jabber.at] and a list of applications is here [xmpp.org].
I recommend registering with https://jabber.lqdn.fr/ or https://xmpp.jp/
For application I recommend Pidgin [pidgin.im], Psi [psi-im.org], or Gajim [gajim.org].
You can also leave a comment on steam and I'll reply eventually.

Jenksus.ttv
Online
I'd just like to interject for a moment
What you’re referring to as Windows, is in fact, NSA/Windows, or as I've recently taken to calling it, NSA plus Windows. Windows is not an operating system unto itself, but rather another locked down component of a fully functioning NSA system made useful by the NSA corelibs, shell utilities and vital system components comprising a full OS as defined by the government.

Many computer users run a modified version of the NSA system every day, without realizing it. Through a peculiar turn of events, the version of NSA which is widely used today is often called “Windows”, and many of its users are not aware that it is basically the NSA system, developed by the NSA.

There really is a Windows, and these people are using it, but it is just a part of the system they use. Windows is the kernel: the program in the system that allocates the machine’s resources to the other programs that you run. The kernel is an essential part of an operating system, but useless by itself; it can only function in the context of a complete operating system. Windows is normally used in combination with the NSA operating system: the whole system is basically NSA with Windows added, or NSA/Windows. All the so-called “Windows” versions are really versions of NSA/Windows.
Favorite Group 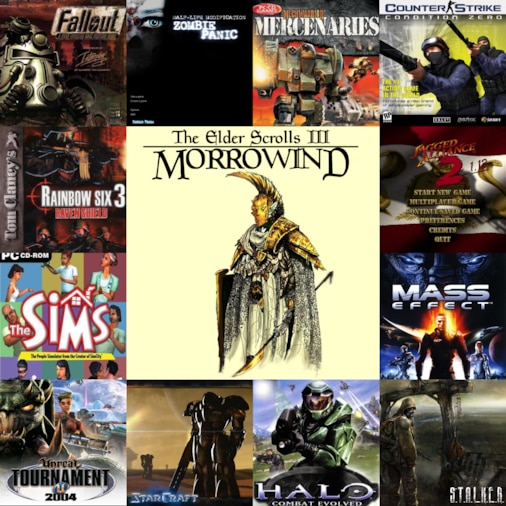 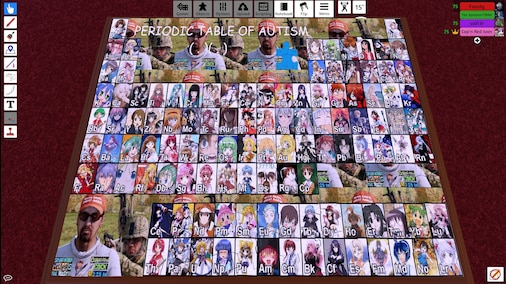 This is important, so I'm going to cut straight to brass tacks. Cards on the table: Antichamber is a very cool idea executed well, but that's not enough to save it from being a profoundly unenjoyable game. While everyone should see this game, very few should go to the trouble of actually buying and playing this game.

I really want to like the game, so I'm going lead with the bad so I can end on a positive note. Fortunately, the negatives make for a short list, so let's just get this out of the way. Antichamber is a frusturatingly tedious puzzle game that just loves to waste your time. This is the major bugbear and the single greatest reason I don't recommend actually playing the game yourself, were it not for this odds are good I'd be unreservedly recommending it. Now as a non-Euclidean puzzle game (P.S. Antichamber is a non-Euclidean puzzle game, more on that later) you'd be well within reason to argue that I'm just a big stupid head that can't brain good, but that's not the case, at least not here. The puzzles are themselves well crafted and pass by quickly, the tedium is in actually finding them. Antichamber is a free-roaming game, not a linear one.

The onus is on the player to find the puzzles, and at times complexity can reach Metroidvania levels. That is, if there was a non-Euclidean Metroidvania out there. Just how well this doesn't work is really driven home by the map which―despite referring back to it constantly―I was still unable to make heads or tails of by the end of the game. I don't even know if it's a top-down or vertical view! I certainly wouldn't put it past the madmen that made this. All this amounts to a game where I easily spent half my time either wandering aimlessly or exploring dead ends.

I can't emphasize the time wasted enough, and in this game in particular it's all the more irksome. Antichamber bills itself as a puzzle game, but that's not really true. It's a game for a genre that doesn't really exist yet, best described in contrast to traditional puzzle games. Where appropriately deep puzzle games like Hexcells or Spacechem have sufficient complexity to keep the levels entertaining on replay, Antichamber instead has novelty and cunning. Most of the "puzzles", and in my opinion the best ones are tricks where the player's goal is to tease out the sleight of hand, a little like in old "I Spy" or "Where's Wally" books.

Needless to say, it's never fun finding Wally the second time, and it's only exacerbated when finding Wally on page 24 rewards you by dumping you back to the second page for the dozenth time. And I can't really conceive of a compelling reason to do this kind of completely freeform design in the first place. Sure you might reasonably go with non-linear sections and alternate paths to bypass difficult puzzles, but not this. Anything but this. If you have the patience to tolerate such blatant and quite frankly offensive disregard for your time, then you might as well add Antichamber to your cart now. I'll pay 2:1 odds that by the end of the review you'll own it.

I really want to get to the good of the game, but am obligated to mention a few other minor negatives. First, the game has a unacceptable number of gameplay affecting bugs, that being a non-zero amount. The highlight of this was when I was unable to solve a puzzle to get the final stage of the gun-manipulator-laserbeamy-thing because the bits of the puzzle kept despawning, rendering it unwinnable. After a half-hour I conceded incompetence and went to check a video guide, only to discover that the game itself was broken! In the game where the statement "anything can happen" is more applicable than any other, you need to have absolute faith that the game's dealt you a square deal, but after this I could no longer be sure. Besides that there's map limitations that prevent you from accessing some areas, timing puzzles, and at least one puzzle which I'm pretty confident was a time-wasting dead end. Mostly quality-of-life stuff that further aggravates the time wasting.

At last the positives, or depending on your perspective, positive. I use the singular because really, I can summarise everything great about this game in one word: 'WOAH' with the 'O's stretched until the character limit. This is easily the single most original idea of the decade, perhaps ever. With the proper budget and team, a sequel could easily surpass Portal in every aspect except humor, but that may only be because Antichamber isn't a comedy game. The tone is all about an extreme minimalism wherein the puzzles are used to relate a little truism with its own little doodle. It's the perfect degree of abstraction for relaxation, with the folk wisdom there to keep everything grounded enough. I'd even call it 'comfy' if the whole thing wasn't eye-searingly white. If you play this at night, you honestly may want to wear shades.

But the game itself; as I said before it's a non-Euclidean puzzle game. Just stop, take a moment and consider that: this is MC Escher: The Game. There is no precedent for this, nothing I can say to make it suddenly all make sense. For the first half of the game you're bombarded with little scenes, vignettes that challenge your perception and force you to really visualize what exactly the "box" is you need to think outside of. If nothing else, Antichamber really knows how to put its best foot forward. The opening writes a hell of a check, but how well the rest cashes it is up to you.

In the second half, the game gradually transitions from mindｆｕｃｋ to voxel puzzles. This is where the game most closely approaches the traditional "puzzle" formula, and you can particularly feel the long shadow cast by Portal. This is all fine, they suit the game, but if you're expecting an entirely psychedelic experience from start to finish you may feel letdown by this focus shift. Personally, I couldn't really see any other way they could do it. The appeal of the lead is in the novelty, not the difficulty and if you don't want another Stanley Parable you need something to pad out the game.

Oh yes, speaking of padding, you might notice that the game's not very long. Steam clocks my playthrough at five and a half hours, probably slightly quicker than average owing to an abortive attempt I made years ago, but no matter how you slice it this isn't a very long game. Strip out the all the time-wasting and you have about two hours of ideas in a three hour game. I have no qualms with this, I consider length to be pricing concern weighed against enjoyment of those hours, but that's just me. I hear quite a bit from people in such a hurry to get from cradle to the grave that they need to weigh their entertainment like meat at the market.

In the end, Antichamber is about novelty and nowhere will I wager you find more. Hell, it might even expand your mind a little. But is it worth your money? To my mind, no. It simply doesn't respect your time enough to justify the investment yourself, but I still fully recommend that you experience the game through a Long Play or Let's Play by someone with a modicum of savvy. If you buy into it yourself, be prepared to spend just as much time aimlessly wandering to actually find the puzzles as you will actually solving them. However you do it, Antichamber's a game too cool to miss out on.
View all 6 comments
Workshop Showcase 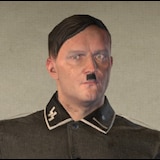