This user has also played as:
Baka of Pillows 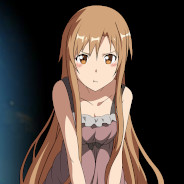 
"In a good game, you may get several hours of content - but more importantly, memories that last forever. This is it's true value, which can't be measured in it's price."

It doesn't matter, all that counts is that you were honest with yourself. The rest - we leave up to you.

It's my life~ A giant pile of garbage bullcrap,
tell me just why can't I be dead? ♫♪

"How can you ever be truly alone, when loneliness is your best friend?"
View more info
Currently Offline
Profile Awards  23 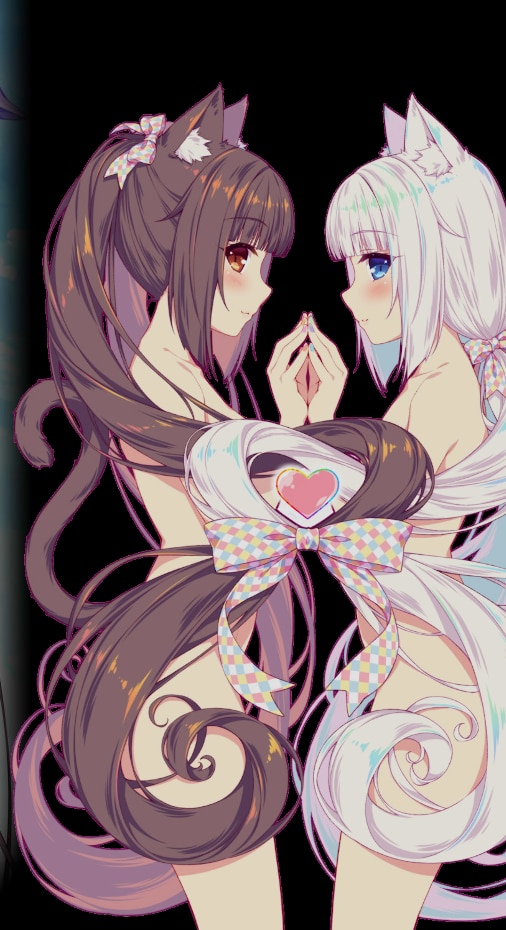 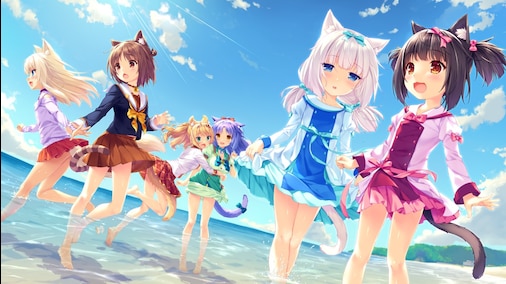 1,358
Items Owned
276
Trades Made
619
Market Transactions
Steam items only. All dupes for sale, uniques up for discussion. 1on1 ratio.
Review Showcase

Gameplay
A new Bandai Namco house made title and a new Tales of entry at that. Sadly though, I have no experience with prior Tales of games which is why it's good Arise seems to have no story connection to them, so let's review this game assuming we all have no idea what a "Tales of" game is.

Tales of Arise is a combat focused JRPG combining gameplay elements that can also be seen on other known JRPGs. Main gameplay is separated between the "overworld" - the actual map you run around in, talk to NPCs, pickup and do stuff, run into enemies - and the real-time combat in secluded arenas.

Combat consists of many different elements but mostly focuses around chaining combos and countering enemies. Normal attacks have a notable, combo breaking cooldown not to mention enemies' counterattacks so just bashing the attack button won't work well. To be effective in combat you have to utilize "Artes" - skills of both weapon specific and magical origin - character specific Boost Attacks that usually counter a specific type of enemy or attack and the combination of both grounded and aerial combat.

Our protagonist furthermore has a special set of power attacks that sacrifice health for damage and characters generally can enter a limit-break mode with two special finishers. When successfully comboing an enemy for long enough, easier when low health, you can use a special combo finisher with two characters for instant elimination (except bosses of course) and human bosses usually offer special "quick" time events under special conditions, which really are just a single button press.

You can have a party of 4 active combat members and get 2 more backup members of which every boost skill can always be used in combat. They can even be freely switched in combat, you can control every one of them yourself, define combat strategies (like when to heal or use items, when to draw back and so on) or just let the game auto-control even your current character when you want to afk farm.

As a downside though, boss fights can feel somewhat underwhelming. Human bosses might feature said QTEs (that is apparently only one per boss) and special combat elements but generally bosses are just huge, heavy hitting health sponges and fighting them consists of learning their attacks, dodging, hoping that your AI companions manage to do the same and chipping down their HP, targeting weak spots, to trigger the fixed combo finishers at 50% (to trigger phase 2) and 1 health.

Outside of combat you can do stuff like smithing better weapons, creating powerful accessory and collecting artifacts that help you out, farm materials in the world (or through your own, randomly obtained farm), fishing or cooking. Cooking is actually an important mechanic to gain temporary buffs.

All of these features, combat and non-combat, are gradually unlocked at a comfortable pace throughout the game even into the late-game and always explained through tutorials.

Finally, health - or rather the corresponding HP - are an important mechanic. While skill points to unlock abilities in a progressive skill tree system can be farmed and the Arte points to use them in combat regenerate outside of combos, the group-wide cross-combat HP are limited and used for healing and buff/debuff Artes. The maximum amount you can have gets larger with progress but they can only be refilled with expensive items or by resting - which of course resets the area's enemies. Managing your HP and item consumptions is vital.

Oh yes, and of course you can customize the outfits of the characters and put animal ears on all your Waifus.

Graphically and performance sided the game is really great and even the PC controls are so smooth that you don't need a controller to enjoy playing.

Content & Runtime
What can you expect from this game?
A tale of slavery and freedom, bravery and sacrifice. 300 years after the planet Dahna was invaded by their technically far too advanced neighbors from Rena and enslaved ever since by their new overlords for resource exploitation, a few brave warriors still strive to free the Dahnan people. A man with nothing more than a mysterious, magical iron mask and very little slowly returning memories of his past and an as mysterious girl with strange powers and the sole goal of defeating every Renan lord enslaving Dahna. Together they set out on a journey picking up new warriors who suffered, one way or another, under their Renan Lords along the way to free this world once and for all.

Guiding you through over five different world areas along the journey with many additional side quests and bonus stuff to do the game offers around 80h of quality content to enjoy. After that a NG+ mechanic, Chaos difficulty and other challenge artifacts can get even more out of this game.

The characters involved in the story have distinct, well-designed personalities (of course rough anime edges included) with visible character development, fleshed out background stories and so on. That way the cast and their personal interaction in story and especially bonus scenes is quite enjoyable.

Speaking of bonus scenes, the game gives you the option (meaning skippable) to trigger - according to in-game statistics apparently over 300 - Smalltalk events that pop up throughout the game as the story progresses, giving in-depth conversations of current story developments or new unlocked features.

All of those events as well as all the major 2D story animations of the game can be freely re-watched whenever resting at a campfire, though any other story content sadly cannot.

Depending on which of the 4 initial difficulties you play on and your commitment to bosses and side quests the game is more or less a challenge but overall, the game offers a well-balanced, wide variety of content to enjoy.

The DLCs
I don't know, and just like with all the other Day 0 Deluxe Edition DLCs nowadays I don't care. If you ever wanted to "Pay2Win" your way through a Singleplayer JRPG, you can straight out buy levels and in-game money. Other than that, you can get the same unnecessary, game theme breaking costumes and bonus items as usual. The most expensive one allows you set the music of older Tales of games in Arise, but considering how well beloved the Tales of series is you are far better off just buying the older games and enjoying them fully - so long story short, all of them are not worth it in the slightest. And no, you certainly don’t need any of this to be able to enjoy the game, I really don’t know what everyone complains about.

Conclusion
Is this game worth it?
Big ol' yes from me. If you are, like me, not a veteran Tales of fan but just stopping by from, e.g., the SAO franchise - Tales of Arise is like Alicization Lycoris but cooler, better looking, with more enjoyable content and without severe control issues or performance problems. But even without comparison overall, it's a greatly enjoyable game. 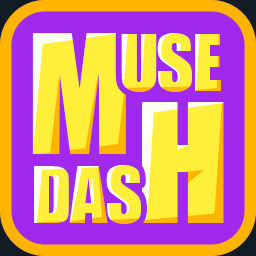 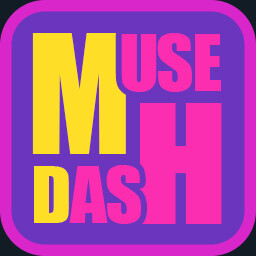 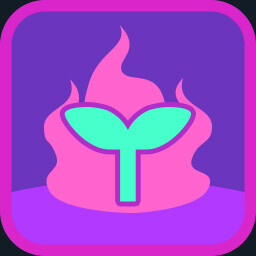 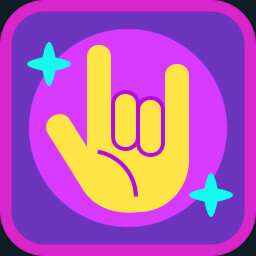 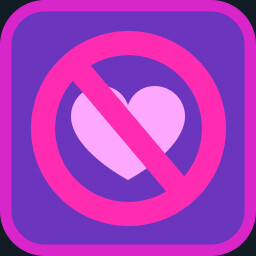 budget_hvick225 Jan 26 @ 7:20am
All your reviews are great, thank you for the well-written reviews !

PISSE AUS MEINEM ARSCH! Jun 23, 2022 @ 11:44pm
While surfing the seven seas of steam I stumbled across a tiny little island.
This little paradise caught me by surpirse.

Usually reviews tend to be very generic, stale and boring, nasty copypastas and nonsensual waifu-claims, not even worth staying for a read. But this little paradise was different.

It's writing entangled me into reading every single paragraph, sentence by sentence, word by word.

That was truely refreshing as it was not just a detailed review, it was tailored for the needs of mine, full of references and comparissions. And thus I stranded here leaving a bunch of profile awards (well almost every) to thank that resident of this beautiful paradise for all it's time and effort.

309 May 14, 2022 @ 10:08pm
Hi! I hope you don't mind that I sent you a friend request because of Otome Sekai, and it's always fun to read reviews from other people in the feed while learning from them