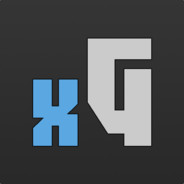 Welcome to a growing clan, where we don't consider things "finished" but "open for improvement." Player input and suggestions are always welcomed and greatly appreciated from our group Members. We are also always considering new Game Divisions or content to be added!

Want to Officially join the clan? The first step is Registering on our site before proceeding to submit a member submission form by clicking on the following link:
https://xenogamers.com/applications/1/respond

Being a full-time Member of the clan opens up opportunities to becoming a Staff Member as well as having your vouch count towards other applications and forms. You'll also be permitted to have the [xG] tag in your name (not to be confused with the Steam Group's [xG-Rep] tag).

Interested in helping out a little bit more? Donate to Xeno Gamers for exclusive perks from our ingame shop(s) found on our TF2 and CS:GO Servers.Type !hub into chat to gain access to titles, name colours, chat colours and weapon colours along with other exclusive content. Players can also look forward to these perks in our upcoming Minecraft Servers soon!

We are a multi-gaming clan founded in 2010. With an active and growing community of around 12,000 players in popular games such as TF2 and CS:GO, you're bound to have some fun!


Social networking your kind of thing? Hit us up on Facebook or Twitter, or even hang around on TinyChat for a while! Keep in touch for events such as game giveaways as well and don't forget to check out our Forums where something is always going on.

Questions or concerns with our servers? Leave a comment below; just be sure to include the name of the Game and Server!

Greetings all, tonight we're having some rapid fire and infinite ammo chaos over on Pokemon Trade. Horsemann may also be there.
Type "connect 64.74.97.68:27015" in console to join.

lohkii Jun 19 @ 7:40pm
Im looking for someone from the old TF2 jailbreak servers that when by the alias "Cletus Bish"
If anyone has a lead or knows who they are please add me.