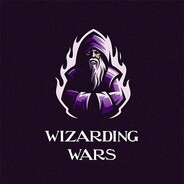 Welcome to the Steam Group of Wizarding Wars
capital-community.com

Do not forget to add the IP to your favourites :)

@everyone The server has been released for public beta testing !

The game mode was developed for 3 months after the Warner Bros - Garry's Mod HogwartsRP legal issue. It has been transformed from the original CC HogwartsRP game mode and is still under development to be completely separate from all Harry Potter related assets. The goal is to create a medieval-style semi-serious role-playing game mode in a wizarding world that is based on territory capture and offers RP scenarios for serious RP and player vs player fights at the same time.

Please report every game breaking bugs, problems and gameplay related issues you came across such as balance issues between the teams / roles or just share your ideas you would like to see/change in the future. Please use the channels 💡bug-reports and ✅suggestions so I can keep track of the issues. In the upcoming weeks, I'll gather all the suggestions and change stuff according to them. You can read about the previous and upcoming changes in this channel.

There are 4 teams who can fight with each other. In a nutshell, it is based on 1v1v1v1 team death match. Almost everyone belongs to the following factions: There are the "Light side" wizards with the "Law enforcement" together - they fight against the "Dark side" wizards + "Creatures" and there are also the 2 human armies the "Red Army" and the "Blue Army." All the 4 teams are enemies of each other.

Thank you for still being here after all these years. I hope you can help me to spread the existence of this server and help the development with your input and time.

All the VIP player ranks and custom donator roles should have stayed from the previous years of CC HogwartsRP. If you have any questions/issues also, feel free to message me directly.

Ravenous Marshmallow Sep 23 @ 10:34pm
what is your policy on singing the harry potter theme on the corridors?

Aug 25 @ 6:06pm
@everyone The server has been released for public beta testing !