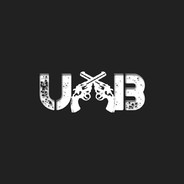 We are a small team of people full of enthusiasm and we are engaged in the development of servers, provide them with round-the-clock support. Our servers are located in elite data centers of Russia and EU countries. Once the project was closed, then reopened, then closed again and now reopened. Lol!

At March, 31, we celebrate the fourth anniversary of Ultimate Battles!

Holy shit guys, I'm surprised that:
a) it's been 4 years since this project launched
b) the project still exists.

Anyway, thank you for playing here! I wrote this announcement quite late as I'm busy with another cool thing which is unrelated to UB and gaming at all. :)

Oct 8, 2020 @ 10:01am
I do not plan to implement this plugin right now, as I try to keep the server more classic than a platform for getting an unusual gaming experience. Yes, we use community maps obtained through the Steam Workshop and some plugins that affect the course of the game (for example, non-standard weapons for bots), but I think that this is enough in this direction, as minimum for now.

Also, sorry for delayed answer. Ultimate Battles is not my source of income, it's a hobby. This also means that some updates may appear in slow motion due to the fact that I am also busy in real life. But, along with many who are here, I hope that the biggest update in the history of the project will be released soon. Most likely, it will be a series of several updates lasting over a month. I am not saying that I will add that RTD plugin in the course of it, as well as the opposite.

Oct 7, 2020 @ 4:24am
Hi, I plan to install a plugin that will count player's stats and export them to webpage. This means you'll be able to get information about ranks, players stats, without joining the server — just by visiting the website. This is planned and added into super-mega-secret whiteboard in Miro, but not released anywhere on the project — regular users, beta testers, staff and me hasn't access to this. So yes, it is planned, but not available yet.

Can you describe the 'rtd' abbreviation, please?
< >
VIEW ALL (45)
GROUP MEMBERS