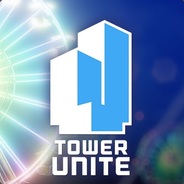 "Everything's shit and I love it." -- DominateEye

Contribute to the Indiegogo campaign at $20 USD or more and get access to the closed alpha!

As you're no doubt aware, Tower Unite is entering Early Access in a few days. That means we'll officially be leaving the Alpha builds behind.

As this group is called the Tower Unite Alpha Party, I have to ask- when the game leaves Alpha, what should we do? Do we revamp the group, setting a new name, new information, and making the group for anyone who has Tower Unite, whether they were here for alpha or not? Do we close membership and leave the group as a testament to what was? Do we disband and go our separate ways?

Much of the information on our forum is now obsolete, and as such the forums are due a good cleaning. This would be handled during a revamp of the group, most likely.

A revamp would preserve the original main objective of the group, which is to allow a place on Steam for anyone who owns Tower Unite to talk about it, so no worries there.

Closing membership would preserve everything. I would change the group permissions to Owner Only on everything and allow people to leave if they wished, but would ask them to remain so we can preserve our membership records.

Disbanding would delete everything. The case for this is that the official forums provide a sufficient manner for TU discussion, and United Lobbies exists so we don't need to become a server network.

Leave your thoughts on this in the comments below.

Apr 10, 2016 @ 5:49am
No one else has said anything, so I'm gonna freeze the group. If somebody wants it unfrozen and transformed, just say something here.

Aug 22, 2015 @ 5:06pm
For some reason, the Tower Unite Private Alpha is not yet able to be associated with our group. If any of you are wondering why it's not there, that's the reason.

Aug 6, 2015 @ 3:06am
I'm back from the USA! I now have access to my computer again. In case anyone wondered where I was for these past two weeks, I went to the States from my home here in the UK to visit family. I'm back now, so I can play Tower Unite again!