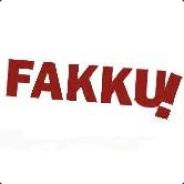 Basically, this group is for patrons of the website www.fakku.net, but if you're a gamer (and an H fan) then feel free to join

Just in case any of you fellow Fakkers weren't aware, The Fakkuza steam group will officially be one year old as of the 26th of this month. In light of this event, As the main admin of The Fakkuza (even though I'm hardly ever online) I'm giving some thought to possibly holding an event in celebration of The Fakkuza's Birthday, I've still gotta talk it over with FullBlownAIDS and Mike, to discuss the parameters of said event, but I'm hoping to have something fun planned for the occasion.

WHAT UP FAKKUERS! Calling out all Left 4 Dead people! Alright guys, for some of you that have seen how I was so hyped for L4D back in the forums,but I don't play much nowadays. The biggest reason is leavers in the versus modes. C'mon you have to admit, unless its a full in-house game, chance are you won't even be able to finishe the game with your friends because the other team usually leaves when getting completly OWNED!

So what did I do? I created a competitive play team!! Yeah thats right, competitive play, but I'm not going for that mentality. To be honest i'm creating this team so I can actually play againts good players with you guys, and maybe give me some motivation.

So seriously, this is just a place to have fun. While I will need to set specific times for matches, i think we have a wide number of members so that 3 of u ( 4 including me) can show up! I don't care if we're one of the suckiest team on the ladder, has long as we have fun and get to play together! Thats the important part.

Anyway here's the link to our Game Battle team:

Tsujoi already in, so hopefully some of you guys will cooperate and actually interrested in this. Keep in mind, even though this is ''competitive play'' we don't go for that mentality, this is supposed to be fun, not a job.

Hopefully this will be fun! See you guys