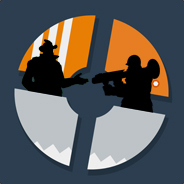 For Jumpers, by Jumpers.

Jump Academy is a community of jumpers from all around the world who share the same passion for jumping in Team Fortress 2.

We provide servers, tools, maps, but above all help to jump. Each member of this academy has the ability to be taught by another member, but also to be a teacher themselves.

AsiaFortress
(To connect to one of our servers, open the Developer Console in TF2 and type "connect ipoftheserver" in the command box)

We have reconfigured the Australian server to alternate between the classic JA map and the new JA2 rc8 map.

Players on the server can now choose to extend or switch when the map time runs out.

Have fun, and let us know if you encounter any issues!

It's been quite sometime since we've updated the hightower map and ages ago we wanted to refocus the map on PVP and so I decided to remove many of the external features in the map.
Overtime we have received lots of complaints and requests to revert the changes.
After sometime and some work we've decided that our best interest would be to re-add the stuff that people liked the most.

We have returned the cliffs in a new rebuilt state with some new additions and adjustments. Most notably we have replaced the slow hovering platforms with a rickety old bridge.
We have also re-added the mines that where below the map.

You can view a full changelog below.

Changelog
----Major Changes----
- Readded the Mines
- Readded the Cliffs (Rebuilt and Modified for Performance Reasons)
- Replaced the floating platforms with a rickety old bridge.
- Snipers can only use their secondary and their melee when they enter the cliffs.
- The teleports to the camp inside spawn are not readded.

----Other Changes----
- Added a camera that looks at players leaving spawn (Just for fun.)
- Actually Fixed the Collision on Red's Payload Tower (The previous fix was unknowningly reverted after hammer crashed.)
- Kills Reward Team Points (1 Kill = 1 Team Point)
- Readded the doomsday room (The room can be opened by capping both carts.)
- Removed the Collisions from Many of the Misc Wood Boards Scattered Around on the Ground
- Updated the Nav Mesh
- Updated the Player Counter (Now uses textures instead of brushes for the digits.)
- Nature & Wildlife Preservation Measures
Meer informatie
alles weergeven < >
3,156 opmerkingen

IGNORE THE FUNNY LITTLE GNOME 29 jun om 9:08
how to donate