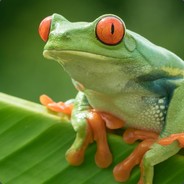 Sep 30 @ 5:57pm - Joker Gaming - swamp.sv
Unfortunately there has been a recent drama flare-up because, after a life-changing vacation, I trusted someone too much and said something too candid in a direct message. This person took what I said, intentionally stripped out all the context, and spread it around to try and smash my reputation. Sadly, you simply cannot trust people online the same way you can trust them in real life. Now I am forced to publicly air out my dirty laundry so this situation can be put to rest.

Here is the "bombshell leak" that is going around, followed by the stripped context: https://imgur.com/a/RkrXJxO

I have been owning and developing this community for nearly 7 years. I have known countless people come in and out of this space over that period of time and not a single one has lasted anywhere near as long as I have. Very few people stick around for more than a year or two. Some people might play, leave for a few years, and then come back and play again, but not a single other person has been joined to the hip with Swamp Cinema in the same way that I have for anywhere near as long as I have.

This server is my responsibility, and I have to be ready to deal with whatever happens on it at any time. Whether it's getting DDOSed, getting crashed by some kind of exploit, whether we are getting randomly wiped by OVH because of falsified abuse reports, whether someone posts something illegal I need to handle, whether an addon I installed without carefully checking allows point duplication and I need to write code to track down and remove "counterfiet points", or whether there is just another drama flare-up from internet children who spread false rumors about me - I have to be ready to deal with it.

Everyone else in this community just plays it for fun, but for me, it is my job, as Swamp Cinema is my creation. It is not realistic for me to have the same motivation to keep working on the server every day for 7 years, especially as I mature (I am now 25) and my interests and responsibilities change. What I lack in motivation, I make up for tenfold with experience. And I do still have decent motivation, as proven by the string of recent updates this summer or the creation of v3 last summer - a massive project which I provided the leadership, vision, and expertise to finish.

Nearly every custom mechanic and piece of content in this game - from the construction system, to the economy/item system, to all the various interesting rooms on the map and gadgets in the shop, to the pure concept of combining weapons with Cinema so players can fight over theater control - all of this came from my mind and all of these concepts were tested and proven on my server - by my hand, or under my leadership. Not every single concept was a hit, but the overall collection of game mechanics that make up Swamp Cinema has proven itself to be a wild success as I have created one of the most popular and most unique servers on Garry's Mod (Swamp Cinema is one of very few top servers that doesn't fit the DarkRP mold). Any server that tries to copy my unique collection of mechanics (and MANY have tried) is doomed to fail because you simply cannot find success in the shadow of another.

I will not be selling Swamp Cinema. I am its creator, its rightful owner, and I will stay on this ride until the end.

harleyex Oct 4 @ 3:06am
hi , long time listener first time poster. now im no big city lawyer but it appears to me that swamp server brings people together . weather you are watching " pizza time " or just tip tip tip tipping your hat . i think we can all agree that GO GREEN :-]