Dec 17, 2013 @ 5:55pm - uberbelling
It’s really exciting to see all the unboxings and we’re already learning a lot from your feedback.

Today we’re shipping the Steamworks API that allows developers to add direct support for the Steam Controller to their games. That means we’ll start seeing games with direct controller support soon. In the meantime, we need your help creating and testing more “Legacy Mode” controller mappings. 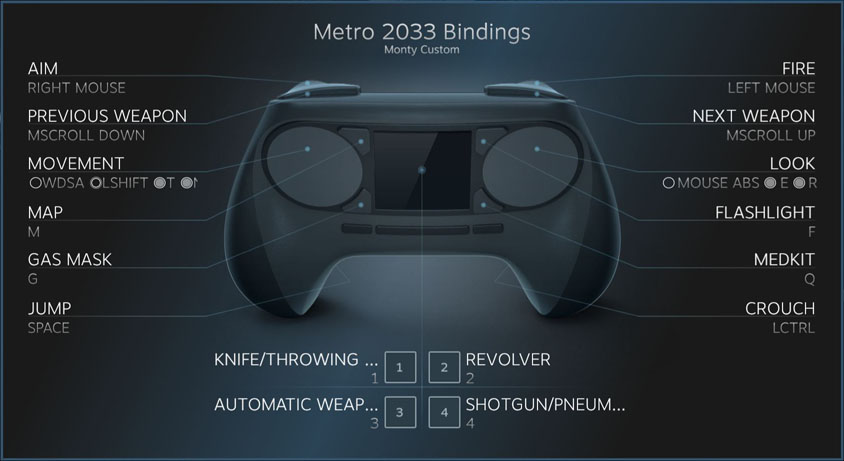 Here are a few things to try out:

watercooled76 Jan 12, 2014 @ 9:28am
I wasnt lucky enough to get a steam box so I built my own amd based steam box from an old shuttle pc . will there be some controllers sent out to test? I would love to try one . pease sort out cs go for linux