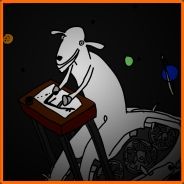 Original thread title was "Smurfy Fortress is shutting down 20 December 2015".

It is with a heavy heart that I announce that Smurfy Fortress will be shutting down on Sunday 20 December 2015.

Running Smurfy was really, really fun in the first 18 months. But ever since the Quickplay change of January 2014 it's been a continual battle to keep Smurfy alive. I think it's frankly ridiculous that anyone should have to fight with Valve to keep a community alive, spending their own money and time to do so.

I'd like to thank everyone who has played on Smurfy, in particular the Elders and the many regulars that we never got around to making Elders. The community has always been what made Smurfy great and that is the part that I'm sad about in shutting down Smurfy.

I will do a more complete goodbye later on, right now I just want to let everyone know what's happening.

If anyone would like to start their own replacement servers that is something that I would support.

We can give you all of the Smurfy Fortress code, configs, bans and so on, everything to re-create Smurfy if you wish to but you'll need to do it on your own servers.

You don't have to take everything. If you're just interested in MvM, PropHunt, or Stop That Tank! feel free to setup one server and I'll happily pass you the bits you need.

Finally, if someone would like to takeover everything but needs more time to organise, feel free to suggest an alternate closure date.

PropHunt has a strong community following and since Valve will never run PropHunt servers I think it's feasible to keep a PropHunt community going long term.

Edit: same goes for Stop That Tank! - great game mode. Unfortunate that we never had the player base to keep it active on a daily basis but long term I think it is sustainable for the same reasons as PropHunt.
Last edited by Yarr! goosmurf; Nov 19, 2015 @ 5:24pm
#5

El Minotoro
View Profile View Posts
Nov 19, 2015 @ 3:29pm
Well that's a bit crap, not that I'm about much these days, what with all the new games I've been playing. Honestly, I'd thought the player downturn for this time of year was seasonal but obviously you gotta go what's right for you Goo.

Everyone, it's been great playing/talking/singing with you. Maybe we can all play overwatch when it comes out?
#9

El Minotoro
View Profile View Posts
Nov 19, 2015 @ 3:31pm
Actually if anyone is interested in rehosting as a co-operative rather than a single entity, that's something I would fully support and be able to help organise.

TheDingöGuy
View Profile View Posts
Nov 19, 2015 @ 5:55pm
Your MvM servers were the greatest! Best of luck in your future endeavours.
#13

Cold_Ankles
View Profile View Posts
Nov 19, 2015 @ 6:00pm
This is the second time I've found and joined an exceptional TF2 community and had it die....

Nov 19, 2015 @ 6:22pm
I've been with this community for almost 2 years now, and I can say it is the first and only TF2 community that I have called 'home.' It has been an absolute pleasure assisting the community as a PropHunt Admin, and then also on the PvP. Many great memories have been made, and some very good friends found.

Farewell Smurfy. You will be missed.
And good luck Goo. You've done a great job these last few years.

44
Smurfy The Next Generation