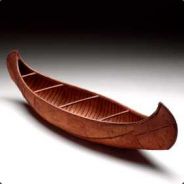 All participants must wager any Spiral Knights crowns in their possession. The winner will receive eternal glory and the entire pot of crowns.

All matches will be streamed live on the Scoot’s Canoe stream[twitch.tv].

This tournament is open to all current Scoot’s Canoe Members. To sign up for the tournament, please post in this thread indicating your wish to participate.
Last edited by [SC] Gilgi; Jan 6, 2013 @ 12:21pm
< >
Showing 1-6 of 6 comments