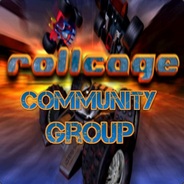 If you haven't already, you should check out the upgraded versions of the Rollcage games :

This group might seem dead in appearance - but in fact, we pretty much all moved to Discord, so check our Discord if you want to talk Rollcage fun ;)

For those of you who would like to host a Rollcage Redux game, you have to forward the port 21000 on UDP. It is also possible to join our ZeroTier network (instructions are in the Discord) to host a game without the need for any port forwarding.

You can also host a Rollcage Extreme game, however sometimes it does not work (freezing when joining). You have to forward the ports 2300-2400 and 47624 on TCP. You can also use IPXwrapper + ZeroTier, which should work without any freeze. To play multiplayer on Rollcage Extreme, you need an older version than the current one - our Discord contains links to this version.

Hello! It has been a while since the last Rollcage Night - we used to broadcast the event via Steam, but we gradually switched over to Discord.

Since Discord has the capability to hold events with notifications and all, we are switching to this platform for getting notified.

As always, anyone is welcome to join us! I am putting back the Discord link below.

If you are interested, the next Rollcage Night is this Saturday, at 7 pm CEST. We shall (very likely) play Rollcage Redux. Instructions to join are in #rollcage-night-infos channel of the Discord server.

What is happening right now in Ukraine is beyond words. In 2022 I was not expecting to see war in my own continent. Ukrainians suffering as they are hit by bombs, fighting for their country to remain free. Russians going through an economic meltdown: we all know who is going to suffer the most of it, and that is going to be those who were already poor. Russian civilians going on strike, striving for peace, only to be beaten down by the military.

Both Ukrainian and Russian civilians must be brave to face this. We must not lose hope. On one side we have Ukrainians fighting as hard as ever to keep their homes. On the other side we have fellow Russians striving to make this war end and tell their government to make peace.

We need to be together and brace for impact. May we avoid the worst. I am with those who are the true victims of this war, no matter what country they live in. I am also with all the military troops who are losing their lives right now because some politicians are playing real-life Civ VI game without care for the lives of humans.

If you are in either of the affected countries.. stand strong. Fight for peace.