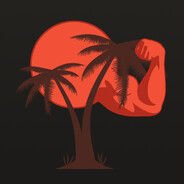 Have a christmas. Or don't. Your choice.

Dec 24, 2022 @ 4:01pm - Tohru Adachi
It's now the time of year where annoying festive music is at the peak of incessant spam along with a small, very puntable animeblob adding to the suffering (or joy) of many in the western netisphere.
If you're not familiar with the new form of torture, imagine working in retail or anywhere with a PA system blaring out the same festive-themed songs over, and over, and over again. On loop, often for many months before even entering December. Optionally, said audial assualts may be compressed, tinny de-makes of decades-old songs-turned-PTSD triggers. Many consider this to be a form of torture under the Geneva Convention, and they're not fucking wrong.
Elsewhere there's many people who are actually happy to celebrate this time of year, mainly as they aren't subjected to said torture. If only they knew.

Now then, I'd normally consider this a hellish period of the calendar, but it is a damn good excuse to get cheap booze to numb the pain a bit, so I let it slide (mostly). Save for anyone blaring that garbage a second into the 26th. You know who you are.

However, If you, like me, want cheap (or free) useless garbage minus the frivolous trimmings usually associated with the season, you can log into the Loadout[redsun.tf] any time on the 25th of December, between 00:00 and 23:59 UTC.

In addition, we've beefed up the daily sales for the final week of December, with a grand total of 30 items going on sale each day, guaranteed to be anywhere between 30-50% off.

I have several types of liquor to consume now, and a large collection of old Top Gear episodes to get through. Disturb me at your peril.